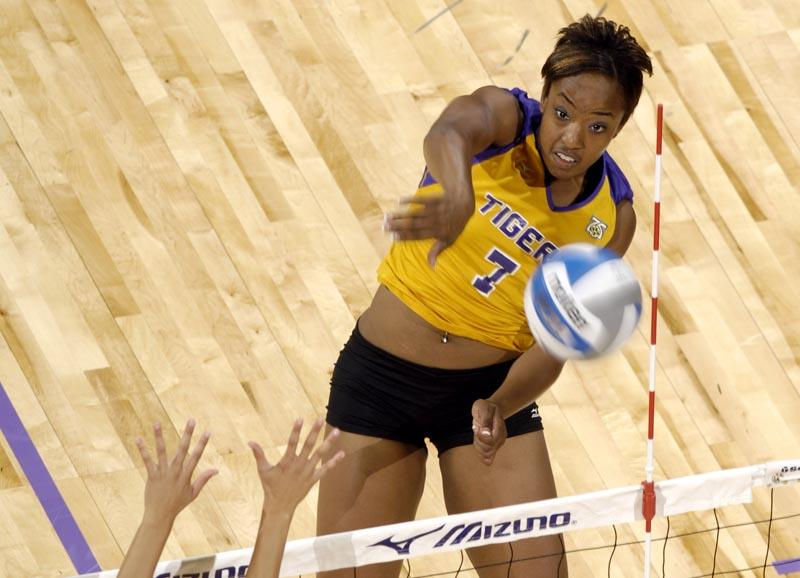 BATON ROUGE — LSU volleyball player Kyna Washington was named the Southeastern Conference Player of the Week, it was announced by the league office on Monday.

The Houston native helped lead the No. 21-ranked Tigers to a 2-1 record last week, rebounding from a weekend-opening loss to Iowa State in four games, to sweep Drake and defeat Iowa in five games. Washington was named to the Iowa Challenge All-Tournament team for her effort.

For the week, the junior led the team in kills per game with 5.25, over two kills per game better than the next best Tiger. In addition, she led all three matches in kills, including a career-high 28 kills against Iowa, bettering her career record by six.

In the weekend opener against Iowa State, she had set a season best with 19 kills before her output against the Hawkeyes. Also against the Cyclones, Washington tallied a season-high 19 digs while also tying her season high with six blocks. Against Drake, she recorded a season-best .361 hitting percentage as she hit at a .290 clip for the week.

This is the first SEC Player of the Week honor for Washington in her career and the second conference honor of the season for the Tigers.