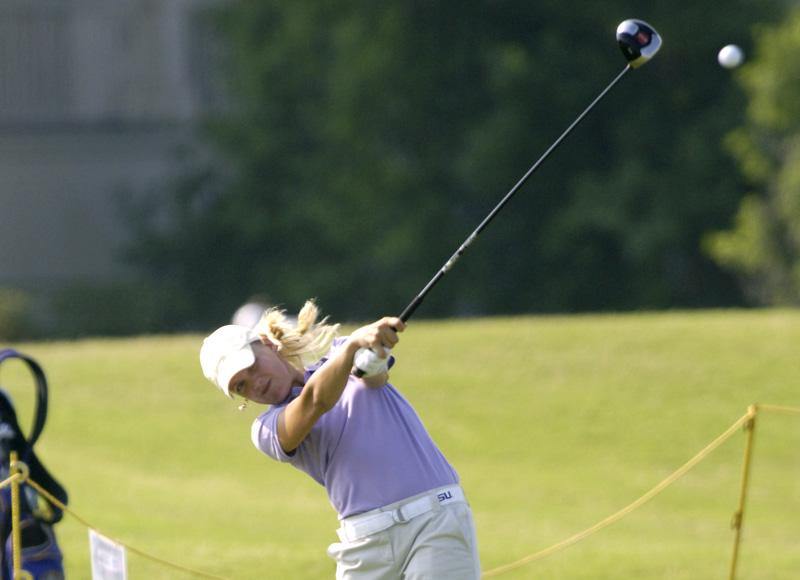 BATON ROUGE — For the LSU women’s golf team, ranked 28th in the preseason polls, there is nothing like a jump start to the season.

The Lady Tigers, under Coach Karen Bahnsen, who enters her 24th season at the helm at LSU will take her LSU golf team to two tournaments in the next eight days. LSU opens the season Sunday in the College of Charleston Cougar Classic outside Charleston, S.C., returning Tuesday night and leaving Wednesday afternoon for Nashville and the Mason Rudolph Invitational that begins on Friday.

It will be a new look LSU team that opens play in the first event of the season as three freshman will be a part of the lineup for the Lady Tigers. Louisiana product Nicole Crochet, who redshirted last year, will be in the lineup as expected after a strong summer of play that saw her win once and finish second twice on the Collegiate Player Tour.

Joining Crochet in making their collegiate debut are Megan McChrystal of Stuart, Fla., and Amalie Valle of Norway. McChrystal, who was second at the Florida High School State Championships, has experience in the big events with two appearances at the U.S. Women’s Amateur and the U.S. Girls Championship. Valle comes to LSU with a second and a third in the last two Norwegian Championships to her credit.

The lineup is completed by senior Rebecca Kuhn and junior Caroline Martens. Kuhn has contributed some big rounds for LSU in her career and Martens, also from Norway, is looking to return to the form that helped LSU’s run to the NCAA Championship tournament in 2006 as a freshman.

“We are excited about the season starting again,” said Bahnsen. “This is a chance for us to see what some of our freshman can do. We have some young talent that blends well with our experienced players and if we can blend the talent we feel we are making the moves up the ladder that will get us in position to make another run at a championship appearance. These are two good tournaments we are playing in and both have solid fields so early on we will be tested twice and find out what we need to work on for future events.

Live scoring for the Cougar Classic can be found at www.golfstat.com