GameDay Xtra: Arnold Happy to be Back 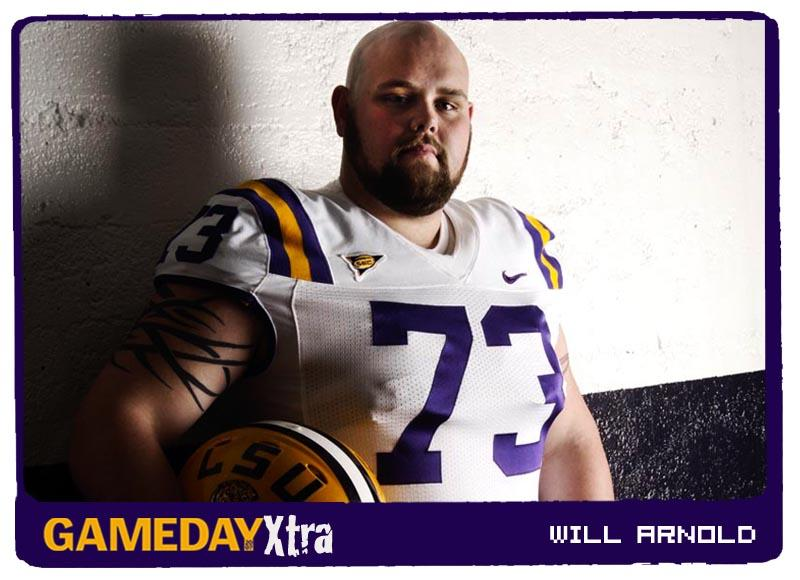 Anger. That’s the first thing that came to Will Arnold‘s mind as he lay on the field. The 6-foot-5 offensive lineman knew something was seriously wrong with his ankle.

“I knew it wasn’t just a regular ankle sprain,” Arnold said. “I was frustrated and tired of the little things like that happening to me. I was really anxious to find out what it was, and that was really what was going through my mind.”

Against Mississippi State last September, Arnold chipped bone and tore ligaments in his right ankle. He never saw another snap the rest of the season. Fortunately for Arnold he was redshirted as a true freshman in 2003, making the 2006 season his junior year instead of his senior year.

“I can say it’s a good thing I got redshirted,” Arnold chuckled.

His rehabilitation hasn’t been a laughing matter, but Arnold has worked hard to make it successful. He waited for months before it was time for recovery. During that time Arnold leaned on the support from his teammates, especially his fellow offensive linemen.

“My offensive line and everybody just helped to get me back and encourage me to push forward and get better,” Arnold said. “That’s just the way our team is. If anybody gets injured like that they are really good about coming to talk to you and keeping your spirits up.”

After surgery in January, the Gloster, Miss. native was on crutches for eight weeks with his right foot in a cast.

“After the cast came off I went to a therapist named Ricky Lane who helped our trainers out. He is a really great therapist, and he did an unbelievable job rehabbing with me. He got me back on track,” Arnold said.

Some media outlets agree with Arnold because he was named preseason All-America by CBS Sportsline and the Sporting News, which also tabbed him as the No. 1 offensive guard in the nation. Some might wilt under such high expectations, especially coming off such a serious injury, but Arnold remains unfazed.

“Honestly I don’t think about the expectations because what I have to focus on right now is getting well and helping my team out. To help my team out is to get back in the best shape and playing condition I can, and that’s my main focus,” Arnold said. “I’m not worried about preseason hype or anything like that.”

Working hard and focusing every day to improve his health, Arnold has set his top goal.

“My goal is just to be able to help our team in the best way and in any way I can,” Arnold said. “I know that every day is getting better, and I hope as the season goes on I’ll get to play more and more.”

After having his junior season cut short by his ankle injury, Arnold is determined to make the most of his senior campaign now that he is healthy enough to compete again.

“I’m back and doing really well, and I’m happy with the progress right now,” Arnold said.