National Spotlight to be on LSU-Virginia Tech 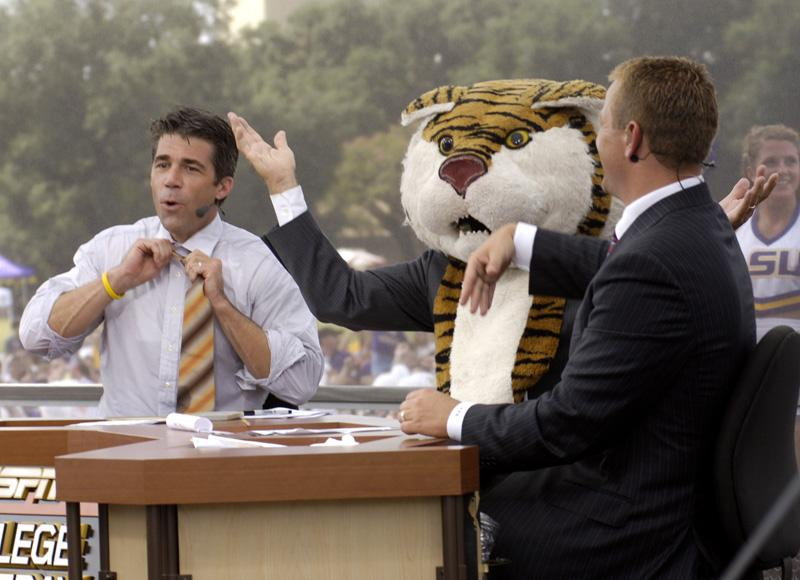 BATON ROUGE — The college football spotlight will be focused on Tiger Stadium this weekend as second-ranked LSU hosts ninth-ranked Virginia Tech in what is considered one of this year’s top non-conference matchups.

Kickoff for the Tigers and the Hokies is set for 8:22 p.m. in a sold out Tiger Stadium. The game will be televised to a national audience by ESPN. LSU is 1-0 following a 45-0 season-opening win over Mississippi State on Aug. 30, while the Hokies beat East Carolina, 17-7, in their first game of the year.

Close to 500 media credentials have been issued for this Saturday’s contest between the Tigers and Hokies in what will only be the third time a pair of top 10 teams will square off in a non-conference game in Tiger Stadium.

It will mark only the second-ever meeting between the two schools. Virginia Tech posted a 26-8 win over LSU to open the 2002 season.

In addition to the national telecast, ESPN’s College Gameday, featuring Chris Fowler, Kirk Herbstreit, Lee Corso and Desmond Howard, will originate from the parade grounds on the LSU campus starting at 9 a.m. It marks the fifth appearance for the popular college football show in Baton Rouge, and first since the 2004 season opener against Oregon State.

Among the highlights of this week’s ESPN’s College Gameday show will be a feature on LSU defensive tackle Glenn Dorsey and how he overcame having to wear braces on his legs as a 3-year old to becoming one of college football’s most dominating defenders.

Other national media converging on Tiger Stadium on Saturday night to cover the Tigers and the Hokies include: USA Today, Sports Illustrated, SI.com, the New York Times, the Washington Post, CBS Sportsline.com, Rivals.com, the New York Post, the Sporting News as well as Westwood One Radio.