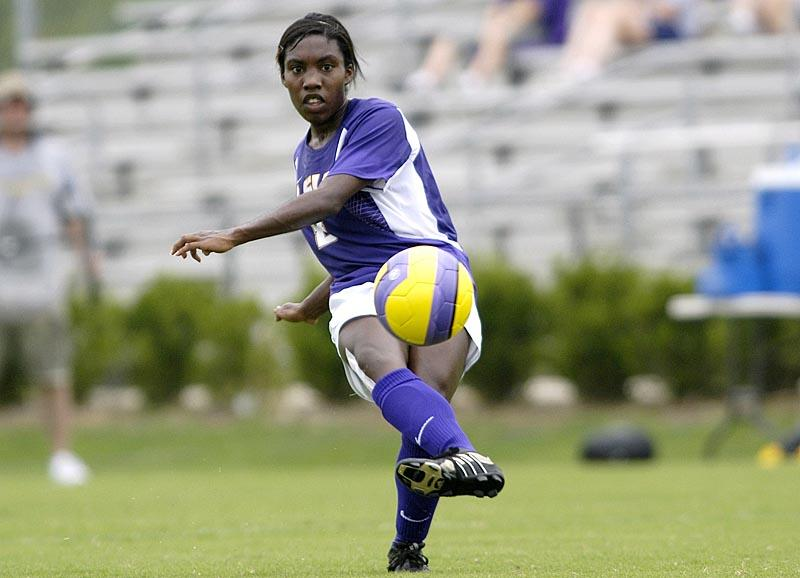 BIRMINGHAM, Ala. — Fresh off of a dominating 7-2 victory over regionally-ranked Memphis on Thursday, the LSU soccer team looks to continue its hot streak against the Miami Hurricanes on Saturday in the Samford Classic at Bulldog Field.

The Tigers (3-0-0) are riding a five-game unbeaten streak dating back to last season and are off to their best start since 2004, while the Hurricanes (2-0-1) boast a four-game unbeaten streak and are ranked No. 12 in the latest Soccer Buzz Magazine Southeast Region Top 15.

The sides have faced one another just once on the soccer field as 23rd-ranked Miami held the Tigers scoreless in a 1-0 decision in neutral Tallahassee, Fla., on Sept. 6, 2002.

“Miami is a really quality team for us to play this early in the season, and they’ve already had some good results fall their way,” said LSU head coach Brian Lee. “Tricia (Taliaferro) has done a great job building up their program. We expect them to be a very organized group on Saturday, and it’s another important step for us as we prepare for SEC play.”

The Tigers were nearly flawless on the offensive end of the field against Memphis on Thursday night as they scored a season-high seven goals on 14 total shots and 10 shots on goal.

Leading the attack was sophomore forward Rachel Yepez, who recorded her first career hat trick with three goals on the night. Fellow sophomore Michelle Makasini added a pair of goals of her own, while junior Roslyn Jones and sophomore Malorie Rutledge each tallied one goal and a pair of assists for the match.

“We did a much better job of finishing our chances last night than we did in our first two games,” Lee said. “That’s something that will have to continue moving forward because I feel like we can create a lot of scoring opportunities when we’re passing the ball around and moving it well.”

Miami is coming off of a 2-1 win over tournament host Samford on Thursday, while it opened the season on the road with a 1-1 draw against the Ole Miss Rebels on Oct. 31 followed by an 8-0 drubbing of Alabama A&M on Sunday.

The Tigers return home to take on in-state rival McNeese State on Sept. 14 at 7 p.m. Fans are encouraged to wear white to the game in an effort to “White Out” the Cowgirls, and the first 250 fans wearing white will receive a free LSU visor. An overflow crowd is expected as it is the first of two Student Point Games of the 2007 season.