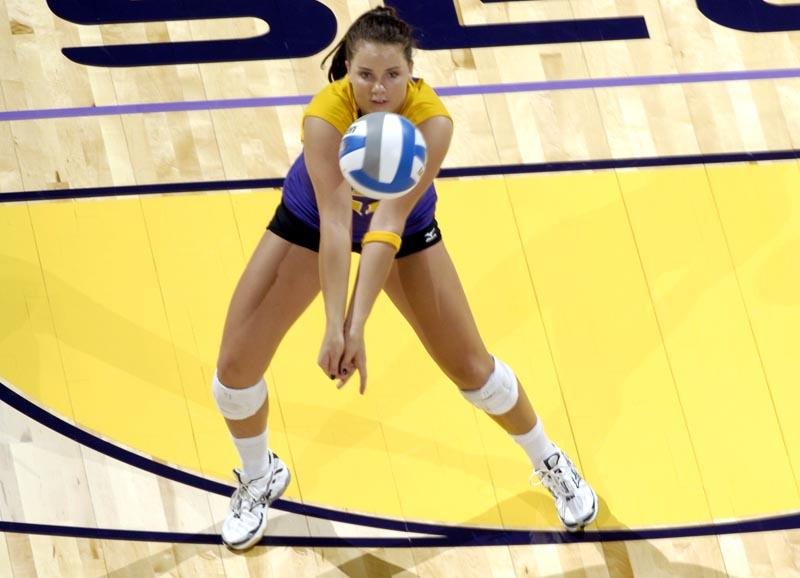 BATON ROUGE — LSU volleyball player Elena Martinez was named the Southeastern Conference Defensive Player of the Week, it was announced by the league office on Tuesday.

The New Orleans native helped lead the No. 21-ranked Tigers to a 3-0 record last week with wins over Illinois, Texas A&M-Corpus Christi and Rice, to remain undefeated at 6-0 on the season. LSU has now claimed the Mizuno Tiger Classic and Mizuno Invitational II titles this season as it prepares to travel to the Iowa Challenge this weekend.

In the weekend finale against Rice, Martinez recorded 30 digs in the four-game win, which tied for the second-most digs in any match in LSU history. It also marked the second most digs in a four-game match by a Tiger. The last time an LSU player posted 30 digs was Luciana Reis with a school-record 31 against Kansas on Dec. 4, 1993. Reis also holds the only other 30-dig match in school history with 30 against Arkansas State in 1993.

In the weekend opening win against Illinois, she posted 20 digs in the five-game match, before posting 19 in a three-game win over Texas A&M-Corpus Christi. For the season, the junior has recorded 20 or more digs in three of LSU’s six matches. She now ranks second in the SEC with a digs per game average of 5.17. Though still early in the season, she is the only LSU player to average over five digs per game and is on pace to break the single-season record of 4.69 set last year by Kassi Mikulik.

As the primary serve receiver, the first-year starter committed just four reception errors in 94 attempts for the week for a .957 percentage. For the season, she has only committed 10 reception errors in 183 attempts for a .945 percentage. In addition, she recorded eight service aces on the week, including a pair of three-ace matches, to put her in third on the team in service aces per game.

This is the first SEC Defensive Player of the Week honor for Martinez in her career and the first of the season for the Tigers.

LSU continues its three-week road trip with the Iowa Challenge. The Tigers will take on Iowa State on Friday at 5 p.m. before closing out the tournament on Saturday with matches against Drake at 10 a.m. and Iowa at 5:30 p.m. LSU will be home next on Sept. 21 as the Tigers host South Carolina at 7 p.m., before taking on nationally ranked Florida on Sept. 23 at 1 p.m.