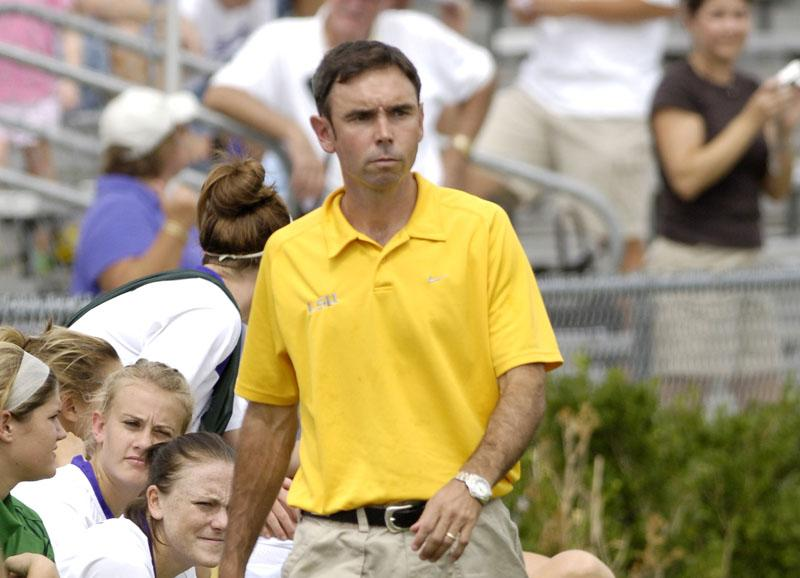 BATON ROUGE — The LSU soccer team opened its season in front of the largest weekend crowd in the history of the LSU Soccer Complex as 2,763 packed the stadium to see a pair of dominating performances by the Tigers on Friday and Sunday.

The Tigers shut out Southern Miss on Friday night by the score of 3-0 in front of a new record crowd of 1,828 and followed with a 2-0 blanking Louisiana Tech on Sunday in front of the fifth-largest crowd in stadium history at 935.

Friday’s attendance shattered the previous record high of 1,689 fans that crammed the complex to witness the Tigers square off against SEC Western Division rival Ole Miss on Sept. 30, 2005.

“Our fans were tremendous this weekend and created one of the best atmospheres for college soccer that I’ve been a part of,” said LSU head coach Brian Lee. “We have some of the best fans in the country, and we’ve always thought that they would come out and watch a team that plays an attractive, winning brand of soccer.

“The winning has started to come for our team over the last two seasons, and we’re looking forward to an exciting season in 2007 with a lot of big home games still on our schedule.”

Lee said that the LSU Sports Marketing and Promotions Department has had a lot to do with the increased soccer attendance during his tenure as head coach as seven of the top 10 crowds in the history of 12-year history of the LSU Soccer Complex have been recorded under his watch.

“Daniel Nunes and our marketing and promotions department help provide an atmosphere that is fun for all Tiger fans and their families,” Lee said. “If this weekend is any indication, we can expect similar crowds for each of our home games with a number of great promotions lined up.”

The Tigers continue their home schedule against in-state rival McNeese State on Sept. 14 at 7 p.m. Fans are encouraged to wear white to the game in an effort to “White Out” the Cowgirls, and the first 250 fans wearing white will receive a free LSU visor. It is also the first of two Student Point Games of the 2007 season.