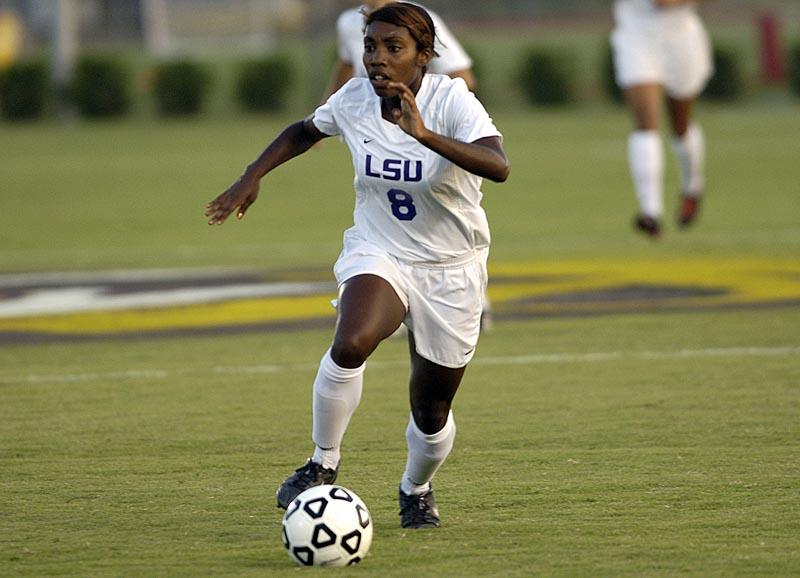 BATON ROUGE — After blanking Southern Miss in its season opener Friday night, the LSU soccer team looks to extend its unbeaten streak to four games when it takes on Louisiana Tech on Sunday at 1:30 p.m. at the LSU Soccer Complex.

The Tigers (1-0) opened the season with a dominating 3-0 shutout of the Golden Eagles, while the Lady Techsters (0-1) fell 2-0 to Furman in the first game of the LSU Classic on Friday.

This marks the first meeting between the two schools as Louisiana Tech enters just its fourth season competing at the Division I level under first-year head coach Kevin Sherry. The game is scheduled for a live TV broadcast by Cox Sports Television.

“We got off to a good start with a big win Friday night, and we’re looking to continue that and build some consistency against Louisiana Tech,” said LSU head coach Brian Lee. “It’s always a big game when we play an in-state opponent, so the girls will be fired up. It’s also exciting to be on TV where our fans can see us play if they can’t make it to the game.”

With a win or tie against the Lady Techsters, LSU will extend its unbeaten streak to four games dating back to last season when it tied 12th-ranked and SEC champion Florida, 1-1, on Oct. 22 followed by a 1-0 shutout of division rival Arkansas in the season finale on Oct. 27.

The Tigers kicked off the season in front of a new record crowd of 1,828 fans at the LSU Soccer Complex on Friday night, shattering the old mark of 1,689 that crammed the complex to see LSU take on SEC Western Division rival Ole Miss on Sept. 30, 2005.

Lee said he expects to play in front of similar crowds throughout the season as the Tigers hope to crack the 1,000 mark in average attendance with seven home games remaining in 2007.

“It was a tremendous atmosphere for a college soccer game last night,” Lee said. “It was one of the best opening night environments that I’ve seen. We have the best fans in the country, and they will play a big role in our success this season. We look forward to playing in front of big crowds and setting records for the rest of the year.”

After wrapping up the LSU Classic on Sunday, the Tigers return to action in the Samford Bulldog Classic in Birmingham, Ala., as they take on the Memphis Tigers on Thursday at 5 p.m. followed by a match against the Miami Hurricanes on Sept. 8 at 5 p.m.