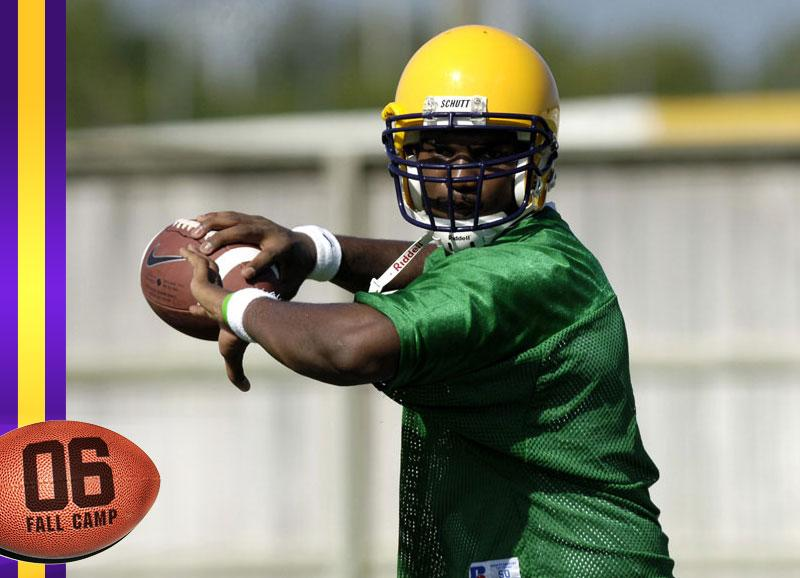 “We went live with 20 snaps today and I thought it went well,” LSU coach Les Miles said. “It was a little sloppy, but that’s what you’d expect for the first scrimmage. It is really a long process teaching the team how to get ready for game day, but we are making progress.”

The scrimmage had the teams working on first-and-10 situations as well as a variety of third-and-short and third-and-long situations, mostly coming on the short-side of the field. The Tigers also spent a portion of the workout focusing on the kickoff return unit as well as both the punt coverage team and the punt return unit.

Russell’s threw a 10-yard touchdown pass to Craig Davis against the No. 2 defense during a third-and-two portion of the situational scrimmage. He then followed that with a 15-yard scoring pass to Josh McManus on a third-and-seven situation later in the workout.

Defensive highlights for the Tigers included a forced fumble by linebacker Darry Beckwith, a tackle for loss by linebacker Ali Highsmith and the overall play of defensive tackle Glenn Dorsey.

“I thought we ran the ball better today,” Miles said. “But, at this point I feel the defense is ahead of the offense. Glenn (Dorsey) had a nice day. He was involved in a lot of plays. He has great intensity and brings it on every play.”

Miles said that linebacker Luke Sanders along with running back Alley Broussard were held out of the scrimmage. Sanders is expected to participate in Saturday’s scrimmage. Broussard continues to work his way back onto the field as he recovers from last year’s knee injury.

Overall, Miles said the team made progress on Tuesday.

“I would have liked for it to have been a little bit better,” Miles said. “I don’t think any scrimmage you are going to be completely happy, because if the offense has a lot of success then you are mad the defense and vice versa. I think we have gotten better but we still have to push and continue to improve.”

Tuesday’s scrimmage gave the Tigers a little taste of what Saturday holds for the team as the squad is expected to go close to 100 plays in Tiger Stadium.

“We are in pretty good shape,” Miles said. “I think this is the toughest week (of fall camp) because it is three two-a-days and ends with a pretty long scrimmage on Saturday. We have to be careful from this point forward. We have to make sure we put the team in a position where they will be ready for Saturday’s scrimmage.”