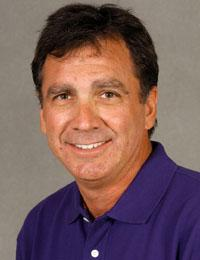 In six years with the Tigers, Jones led LSU to four NCAA Regional appearances and to 10 team titles, including the 2005 LSU Spring Invitational.

Jones’ 2005 team finished sixth at the Southeastern Conference Championships and then followed that with a 24th place showing at the NCAA West Regional. Prior to coming to LSU, Jones was the head coach at the University of South Alabama from 1993-99.

“Greg did a good job this year, especially this season under some very trying circumstances,” LSU Director of Athletics Skip Bertman said. “Greg is a class act. We wish him well in the future.”

“I’m proud of what was accomplished while I was here and where the program is,” said Jones. “I’m proud of the way the players fought this year.  I’m proud to have coached here. A lot of positive things have happened here over the last six years.”