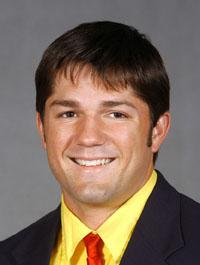 Jones and Hebert were honored as the top hitters of the week while Determann was named the pitcher of the week.

Hebert produced the game-winning hit in both of the Tigers’ victories at Mississippi State last weekend to help LSU win the West. He also scored the game-winning run in the Tigers’ 7-5, 13-inning win at New Orleans last Wednesday. Hebert’s two-out, two-run single in the eighth inning Friday erased a 5-4 deficit at Mississippi State and led LSU to a 7-5 win. His solo homer in the sixth inning Sunday broke a 2-2 tie and proved to be the difference in LSU’s 3-2 win. The senior from New Iberia batted .400 (6-for-15) in four games with one triple, one homer, four RBI and five runs.

Determann earned a win and a save at Mississippi State last weekend to help the Tigers to the series win. The Baton Rouge junior appeared in three games last week, posting a 1.17 ERA in 7.2 innings as he allowed one run on eight hits with three walks and nine strikeouts. He earned a relief win in Friday’s game at MSU and after throwing 47 pitches on Friday, Determann returned to the mound on Sunday to register his seventh save of the season. He pitched the final 2.2 innings, allowing no runs on two hits with no walks and four strikeouts. Determann fanned the final two MSU batters with runners at first and second and one out in the ninth.