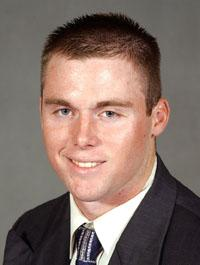 LUBBOCK, Texas — The field of candidates vying for the 2005 Brooks Wallace College Player of the Year Award was reduced to 13 semifinalists today, as announced by the College Baseball Foundation in Lubbock, Texas, The Wallace Award is presented annually to the nation’s top collegiate baseball player and will be nationally televised on Fox Sports Network, and its’ award-winning family of regional affiliate networks, as well as Fox College Sports.

The annual award banquet will be held on Thursday, June 30th at 7 p.m., and hosted at the United Spirit Arena, on the campus of Texas Tech University.  Information regarding the sale of individual tickets, as well as group and corporate tables to the VIP event, is available by calling (806) 723-8232 or via the CBF website: www.collegebaseballfoundation.org.

The CBF National Selection Committee will narrow the list to three finalists following the NCAA Super Regionals, with an announcement in Omaha, Neb., on Thursday, June 16, 2005.  The finalists, with their head coaches and parents, will be invited to Lubbock, Texas, for a golf tournament and a schedule of related activities, in addition to the award banquet.  The trophy and winners will become part of the permanent display in the College Baseball Hall of Fame Museum under construction in Lubbock.

Dedicated to the memory of the former Texas Tech player and assistant coach, Wallace was a slick-fielding shortstop at Texas Tech from 1977 to 1980.  A four-year starter, he was named All-Southwest Conference and All-District Six his senior year, when he led the Red Raiders to their first appearance in the Southwest Conference Tournament.  After playing two years in the Texas Rangers organization, he returned to Texas Tech and served as a graduate assistant, and later as an assistant coach.  In the summer of 1984 he was diagnosed with cancer and fought the disease courageously until his death on March 24, 1985, at age 27.  The Plano, Texas, native was married to the former Sandy Arnold and they had one daughter, Lindsay Ryan.

The selection committee for the Wallace Award is comprised of a select national panel of coaches, sports information directors, former winners and beat media (print, radio and television) who most closely follow the sport on a daily basis.  The Wallace Award is the only major collegiate honor of its’ type that tracks the nominees through the entire season, from first pitch through the completion of the NCAA College World Series.  Final balloting will conclude at Midnight, June 28th.  Voting for the Wallace Award winner will be conducted by confidential balloting, with totals tabulated by the J.W.Anderson & Associates accounting firm in Lubbock, TX.

The one-hour Wallace Award presentation will debut on Fox Sports Southwest, on Monday, July 4th at 8 p.m. (CDT), and will be carried nationally by FSN affiliates such as Sun Network, Fox Sports Southeast, FSN Arizona, FSN Northwest and FSN West, among others.  The new Fox College Sports networks (Atlantic, Central and Pacific) will also air the program during July.  Exact times, dates and additional clearances around the country will be updated, as they are made available.  Please check your local listings, as the complete list of clearances will be updated regularly at: