Bulldogs Come Back to Beat Tigers, 5-3 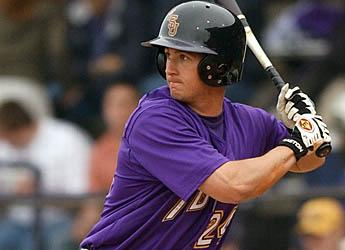 Mississippi State improved to 36-19 overall and 13-15 in the Southeastern Conference, as the Bulldogs evened the series at one game apiece.

LSU, which fell to 37-18 and 17-12, will claim at least a share of the SEC West title if it defeats Mississippi State in Sunday’s regular-season finale.

LSU and MSU meet at 1:30 p.m. Sunday in a game televised by the Jumbo Sports Network (Cable Ch. 3 in Baton Rouge). The game can be heard on the LSU Sports Network and on the Internet at www.LSUsports.net.

Trailing 3-2, Mississippi State erupted for three runs on four hits in the seventh inning. Brian LaNinfa led off the seventh with a double against LSU reliever Edgar Ramirez, and he scored the tying run on an RBI single by Jeff Butts.

Jeffrey Rea then chopped a potential double-play grounder to second base, but Clay Harris misplayed the ball, giving the Bulldogs runners and first and second with nobody out.

Jordan Faircloth replaced Ramirez on the mound, and after Ed Easley sacrificed the runners to second and third, Thomas Berkery and Brad Jones produced back-to-back RBI singles to give the Bulldogs a 5-3 lead.

LSU threatened in the top of the ninth as pinch hitter Michael Hollander led off with a single against Justin Pigott (2-1) and moved to second on a fielding error by right fielder Brad Corley.

But, Valentine retired the next three LSU batters in order as Blake Gill popped to first, Ryan Patterson flied to right and Nick Stavinoha grounded to third to end the game.

Pigott earned the victory in relief of starter Todd Doolittle, allowing three hits in two scoreless innings with no walks and one strikeout.

Valentine picked up his third save of the season with the scoreless ninth inning.

Ramirez (0-1) was charged with the loss, as he gave up three runs (two earned) on two hits in one inning with no walks or strikeouts.

LSU scored three runs on four hits in the first two innings to grab a 4-0 lead against Doolittle. Bruce Sprowl led off the game with his second homer of the year, and Gill’s RBI double highlighted a two-run second inning.

However, the Tigers were blanked the rest of the way as Doolittle, Pigott and Valentine combined to limit LSU to six hits over the final seven innings.

Meanwhile, LSU starter Clay Dirks allowed no runs on one hit through the first four innings. The Bulldogs, however, touched Dirks for two runs on three hits in the fifth.

Dirks was lifted for Ramirez in the sixth after he surrendered consecutive singles to start the inning.