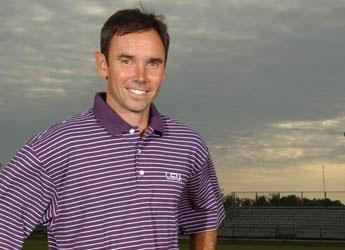 This is the first incoming class for first-year Tiger head coach Brian Lee who, while working at Furman, had four top-50 recruiting classes in the past five years, including the 12th ranked class in 2002.

“We are very excited about the future of LSU soccer and each of these young ladies joining the program,” said Lee. “They will be expected to contribute immediately and several should have a chance to step right into the playing rotation.”

LSU’s class, the second-highest ever ranked in the SEC West, is the top-ranked group of newcomers in the division this season.

“This ranking is a tribute to the hard work and commitment that I have seen from Brian Lee ever since he stepped foot on campus,” said LSU Athletics Director Skip Bertman. “I am excited about the coming year and the future of our women’s soccer program.”

The 2005 incoming class includes two national youth team members in Melissa Clarke, a member of the U.S. national team, and Natalie Martineau, a member of the Canadian national team. Also included in the class are two state players of the year in Lucy Martin of Georgia and Roslyn Jones from Louisiana. In addition, Jones, Clarke and Jackie Mosley have all earned youth or high school All-American honors during their prep careers.

The eight signees will look to make an impact along with the key returnees Holly Davis, Kate Ripple and Tara Mitnick.