Former Tiger Louis Williams to Appear in "The Longest Yard" 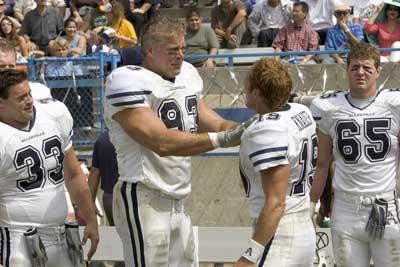 BATON ROUGE — What do Adam Sandler, Chris Rock and former LSU football standout Louis Williams have in common? They are all appearing in “The Longest Yard”, which opens in movie theaters across the country later this month.

The movie, which pits the Mean Machine against the prison guards, is a re-make of the 1974 classic that featured Burt Reynolds, who played quarterback Paul Crewe.

In the new release of “The Longest Yard”, Williams plays on the offensive line for the Guards and he gets most his air time on the big screen during the climatic game. Williams wears No. 65 in the movie.

During his playing days at LSU, Williams earned all-conference honors at center in 2000, helping the Tigers to an 8-4 mark and a win over Georgia Tech in the Peach Bowl. Williams was later drafted in the seventh round of the 2001 NFL Draft by the Carolina Panthers.