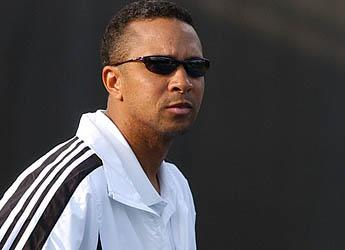 NEW ORLEANS — The LSU women’s tennis team begins play in the 2005 NCAA Tournament as it faces No. 18 TCU in the opening round at Tulane’s Goldring Tennis Center at 3:30 p.m. Friday.

“We’re excited to be in the tournament again, but our goals go beyond simply making it,” head coach Tony Minnis said. “We want to do some damage in it and we’re looking forward to the opportunity to do that against some quality teams.”

The Lady Tigers, at 12-11 overall, look to rebound from a 4-3 loss in their last outing to Mississippi State in the SEC Tournament. TCU, at 20-4 overall, also lost its last match to Regional-host Tulane in the Conference USA Tournament finals.

This is the 11th straight berth to the NCAAs for the Lady Tigers and the program’s 12th trip overall. LSU has fallen in the tournament’s first round in each of the last four years, including an upset by Arizona State to open last year’s play.

“I think in the past few years in the tournament, instead of being worried about playing tennis, we were worried about who we were playing and what round it was,” Minnis explained. “We weren’t competing with the right mindset of doing the things we needed to win like we are this year.”

The Lady Tigers have not faced TCU since 1996, where they defeated the Horned Frogs, 5-1. They also lead the all-time series, 12-6. The two teams have never met in the postseason.

TCU carries a 20-4 overall record into the NCAA Tournament, winner of eight of its last ten matches. The Horned Frogs were the Conference USA runners-up behind Tulane.

“TCU is a really good team,” Minnis said. “They are ranked 18th in the nation, but they are one of the top teams in the tournament. Their No. 1 and No. 2 girls are just as good as any in the country.”

They are led by 14th-ranked Story Tweedie-Yates, who was named C-USA Player of the Year for her 32-4 overall individual record. Helena Besovic also ranks at No. 40, and the doubles tandem of Tweedie-Yates and Ana Cetnik lists at No. 29.

With no singles competitors or doubles teams currently in the rankings, LSU will look for consistency throughout the lineup to overcome the Horned Frogs’ advantages.

“We’ve had a lot of injuries the past few years, and this year has been no different, but I feel right now we’re as healthy as we’ve been the entire year,” Minnis said. “That should help us play with more consistency throughout the lineup, which is key if we want a victory.”

If LSU advances past TCU, it will face the winner of the Tulane and Southeastern Louisiana match Saturday.