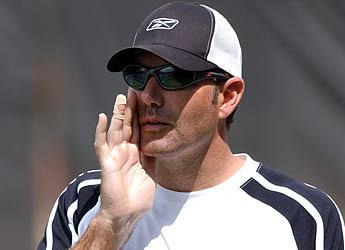 BATON ROUGE — The LSU men’s tennis team will finally hit the courts Friday for their NCAA Championship Tournament first round match against Binghamton at 10 a.m. at the W.T. Robinson Tennis Stadium.

The 10th-ranked Tigers (19-8, 5-6 SEC) have not played a match in three weeks but won six of their last seven matches before the break in play.

“The excitement has been building,” said LSU head coach Jeff Brown, who is leading his team to its 11th consecutive tournament appearance. “We’ve been practicing and now we’re ready to play.”

The Tigers earned an 11th seed in the national tournament draw. They are hosting the first two rounds of the tournament for the second year in a row.

“Their results are solid,” Brown said. “We know they are going to be sky-high for the match. We are going to have to match their intensity.”

No. 107-ranked Dan Hanegby leads the Bearcats at No. 1 singles. Hanegby already has 30 wins this season and is 20-5 in dual play.

Doubles dominance has been key for LSU in their recent success. The Tigers have won the doubles point 11 times in a row, dating back to March 13.

In singles, the bottom of LSU’s lineup has stepped up to help the Tigers to their recent wins. Peter Richman has won six matches in a row on courts three and four. Bryan has also won his last six on court five. Colt Gaston won six of his last seven on court six.

If the Tigers survive the Bearcats, they face the winner of the Friday afternoon match between No. 20 Tulane and Louisiana-Lafayette. LSU has beaten both those teams already this season.

The second round match will be Saturday at noon.