Skupski and Growcott to Participate in NCAA Championships 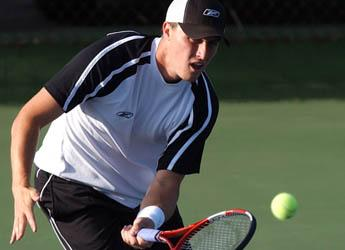 Skupski also earned an at-large bid to play in the singles championships.

Growcott and Skupski have been ranked in the top five for the entire dual season. The ITA Southeast Regional Champions were both named to the first-team All-Southeastern Conference.

They led the SEC in doubles wins at their position, going 9-2 in league play on court one. They earned a 5-8 seed. Draws will be announced before tournament time.

Skupski, the SEC Coaches’ Indoor Singles champion, was one of 11 players in the entire Southeast region to earn a berth in the tournament. The 36th-ranked sophomore will participate in the singles championship for the second year in a row.

Draws will be posted on LSUsports.net when they are released by the NCAA.

Skupski, Growcott and the rest of the Tigers will begin team tournament action May 13 when they host Binghamton in the first round at W.T. Robinson Tennis Stadium.