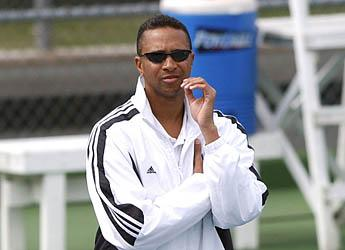 BATON ROUGE — The LSU women’s tennis team received an NCAA Tournament bid and will travel to New Orleans to play No. 18 TCU in the opening round Friday, May 13, at Tulane’s Goldring Tennis Complex, the NCAA announced Wednesday. Times will be announced at a later date.

“We’re happy to have made it again,” head coach Tonny Minnis said of his team’s tournament berth. “We’ve been playing hard this year and competing well, and we have a shot to make it through if we just pick up our intensity.”

The Lady Tigers currently own a 12-11 record. Their last match was a heart-breaking 4-3 loss to Mississippi State in the first round of the Southeastern Conference Tournament.

TCU, the Conference-USA runner-up, enters the tournament with a 20-4 overall record.

“We’re looking forward to the opportunity to play TCU, who is a very good team this year,” Minnis commented.

Other teams in LSU’s regional are host school Tulane, who is the tournament’s No. 14 seed, and Southeastern Louisiana.

Minnis said though a short travel is a positive, his team needs to remain focused no matter what.

“It is a plus that Tulane’s so close, but at this point that really doesn’t matter,” he said. “We’ve played regionals close and far away. Every team we face is going to be quality and we just have to make sure we come out ready to play.”

Should the Lady Tigers advance past TCU, they will take on the winner of Tulane and Southeastern La. on Saturday.

This marks the 11th straight year Minnis has led his squad to the NCAA Tournament.