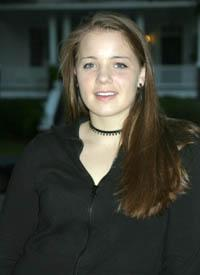 From the 18 athletes selected to participate, 12 will be chosen to represent the United States in the Junior World Championships in Ankara, Turkey, from July 23-31. The athletes will participate in training at the Olympic Training Center in Lake Placid, N.Y., for one to two weeks before the final team is selected by head coach Shelton Collier of Wingate University and assistant coaches Anne Kordes of St. Louis University and club coach Tom Hogan.

A senior for Isidore Newman School in New Orleans, Martinez led Newman to a 33-5 record and their third state championship in four years last fall. With 449 kills and 521 digs, the 5-9 team captain was named the Most Valuable Player of District 8 and the Louisiana High School Athletic Association state tournament.

The 2004 USA Junior National Team won a gold medal at the North, Central America and Caribbean Volleyball Confederation (NORCECA) Championships last summer in Canada under coach Collier, who also guided the 2003 Youth National team to a fourth place finish at the FIVB Girls Youth World Championships in Poland, the best finish every for a USA Youth Team.