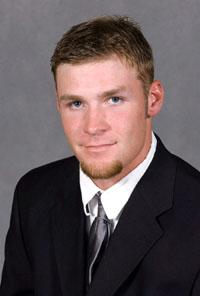 Manzella hit .421 for the week (8-for-19) with .789 slugging percentage on the strength of two doubles, a triple and a home run for the wave in four games. He had a hit in all four games, including a 4-for-7 showing in Friday’s 12-inning win at South Florida when he hit a grand slam in the fifth and the game-winning RBI base hit in the 12th. He also posted a 2-for-4 performance in game one of Saturday’s doubleheader, ripping a double and a triple and scoring both times. He struck out just once in 21 plate appearances.

The Demons’ Morgan also had similar numbers, hitting .429 (6-for-14) with a home run, two doubles, a triple, two runs scored and seven RBI. He posted a .929 slugging percentage and a .500 on-base mark. The second baseman was also perfect on defense with five putouts and 17 assists. Against Centenary, Morgan was 2-for-4 with two RBI and a double and in the Saturday game against UTSA was 2-for-3 with a home run, double, four RBI and a run scored.

LSU’s Smith has been on a pitching tear of late, posting a 3-0 win at Vanderbilt Sunday, limiting the Commodores to seven hits. Smith threw 96 pitches and ran his consecutive scoreless innings streak to 25.2 inning. The win was his third straight Sunday victory downing Vanderbilt, Arkansas and Ole Miss. The streak began in the second inning of the Ole Miss game on April 17 and is the longest by an LSU pitcher since Ben McDonald set the SEC record in 1989 of 44.2 consecutive scoreless innings. Smith is now 7-2 with a team-best 2.28 ERA.