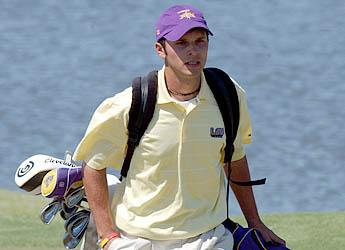 BATON ROUGE — LSU sophomore Chris Wells was named a member of the 2005 All-Southeastern Conference Second Team as announced by the league office Monday.

Wells, a native of Mobile, Ala., has competed in all 11 tournaments for the Tigers this season and leads the team with a 72.78 stroke average in 33 rounds, including 13 rounds of par or better. He is tied for second in the SEC with six top-10 finishes and has recorded one top-20 finish.