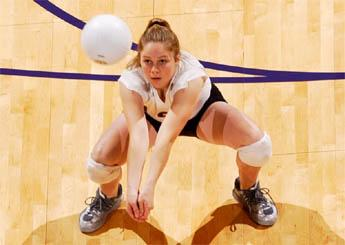 BATON ROUGE — Less than one week before the LSU volleyball team opens the 2004 season in Orlando, Fla., the squad will participate in the Purple & Gold scrimmage on Saturday at 7 p.m. in the Maravich Center.

Six freshmen will get their first taste of collegiate volleyball in the scrimmage, joining eight returning players, including All-SEC selections Regan Hood and Lauren Leaumont, along with two junior transfers.

In a rule change adopted last year, the collegiate game adopted the libero position that allowed for a defensive only player on the court in the back row. This season, the rule has been modified to allow the libero to also serve for a specified player throughout the match.

LSU will begin the regular season on Friday, Sept. 3 at the UCF Fall Classic against host UCF at 6 p.m. (CT). Tournament play continues on Saturday against IPFW at 10 a.m. (CT) and concludes against Cleveland State at 3 p.m. (CT).