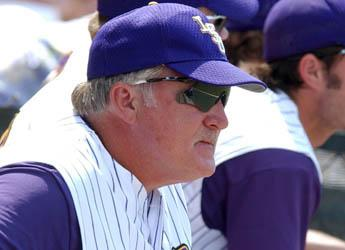 BATON ROUGE — Daniel Forrer, a left-handed pitcher at Chipola (Fla.) College, has transferred to LSU and is eligible to compete for the Tigers this spring. Forrer, who began attending classes at LSU Monday, becomes the 14th signee to join the Tigers for the 2005 season.

Forrer, a 6-2, 195-pound prospect, was the 17th-round selection of the Los Angeles Dodgers in the 2004 Major League Baseball draft after pitching one season at Chipola College, located in Marianna, Fla. Chipola also produced former LSU infielder Ivan Naccarata, who helped lead the Tigers to College World Series appearances in 2003 and 2004.

Forrer, a product of Jeff Davis High School in Montgomery, Ala., began his collegiate career at Auburn, where he worked 14 innings in 2003 as a true freshman.

Forrer was the 2002 Alabama Class 5A/6A Player of the Year as a senior after producing a 9-1 record with a 0.91 ERA. He fired three no-hitters and recorded 158 strikeouts in 78 innings.

The 2005 LSU squad began conditioning workouts Monday, and the Tigers will engage in individual hitting and pitching sessions throughout August and September.