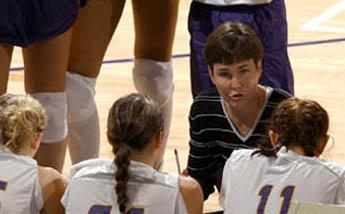 BATON ROUGE — The LSU volleyball team was picked to finish third in the Southeastern Conference Western Division in a preseason poll by the league’s coaches, it was announced by the conference office on Monday.

The Tigers received 40 points from the panel made up of the 11 SEC coaches. Arkansas, the defending Western Division champion, edged out Alabama with 58 points and nine first place votes to get the nod as the preseason favorite in the West. The Crimson Tide came in second with 51 votes and two first place votes. After LSU in third, Ole Miss, Auburn and Mississippi State round out the Western Division selections.

In the East, Florida, the 13-time defending SEC champion, was the clear favorite once again with 49 points and nine first place votes. Tennessee picked up the other two first place vote along with 39 points, edging out Georgia in third with 30 points. South Carolina and Kentucky completed the field in the East.

The Gators, who enter the season ranked No. 4 in the USA Today/AVCA Coaches Poll and advanced to the National Championship game last season, were also selected as the overall league champion, picking up nine first place votes. Tennessee received the other two votes.

Voting in the West was done on a 6-5-4-3-2-1 basis while the East was calculated 5-4-3-2-1. No coach is allowed to vote for his/her own team and each coach also voted for one team as the overall conference champion. The East has only five teams as Vanderbilt does not have a squad.

LSU opens the 2004 season with the two-day UCF Fall Classic in Orlando, Fla., beginning on Sept. 3. The Tigers begin play on Friday at 6 p.m. (CT) against host UCF. The tournament concludes with LSU facing IPFW at 10 a.m. (CT) and Cleveland State at 3 p.m. (CT) on Saturday.