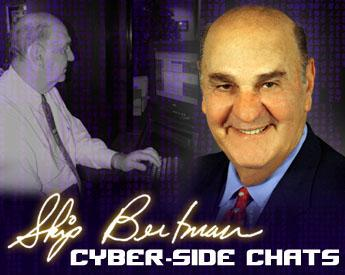 The LSU Tigers are back at practice preparing to defend our national championship. And while the players are working on X’s and O’s, we are in full preparations for hosting you and 91,000 of your closest friends in Tiger Stadium on September 4.

We want you to be aware of some important changes that are a result of the construction on the west side of Tiger Stadium. A construction fence around the west parking lot (Lot A) has dramatically reduced the pedestrian access routes into the stadium.

Specifically, Gates 1 through 5 which service the lower Westside seats and some south end zone seats, plus Gates 15 through 17 which service the west upper deck, will be partially obstructed by the construction area.

More than 33,000 fans use these gates. That’s over one-third of our Saturday night population that will be inconvenienced in some way by the construction. We hope you understand this is a temporary problem for the improvement of Tiger Stadium. In other words, please pardon our progress.

We have set out a plan we believe will allow fans to enter the stadium in the most efficient manner with safety and comfort being primary factors. We have set up a website at http://www.LSUsports.net/westside to provide you with information and diagrams on how to best reach your seat. Please review the following information carefully.

Construction work will cease at noon each Friday, so please know that these Portal entrances will be prepared for your arrival and safe for your use on game days.

Important note: Tickets will be taken at the Portal, not at the stadium entrance where you have presented your ticket in the past. This will move pedestrian congestion away from the stadium and out into more open areas where there is more room.

We’ll have many new signs as well as a loudspeaker system to help direct you to your gates and provide instruction for your movement in these areas.

THE UPPER DECK: WALK OR RIDE

If you sit in the upper deck, you have two choices. You may either walk up the ramps or ride an elevator.

As I advised in an earlier Cyber-side Chat, the escalator on the west side of Tiger Stadium has been removed to accommodate the construction schedule. We have installed four passenger elevators similar to ones used at the last Winter Olympic Games.

Fans will queue up outside the elevators and will be assisted by LSU game marshals who will be on hand to assist fans entering and exiting the elevators. While we anticipate there will be some waiting period to access the elevators, we expect these elevators to transport fans to the upper deck in an efficient manner.

As always, we encourage you to arrive at campus early to park and tailgate. We will address parking and traffic issues in next week’s Cyber-side Chat.

But this year I also encourage you to go to your seats earlier than usual to avoid missing the band’s pre-game routine or even kickoff. We’ve made some adjustments to our schedule to encourage people to enter the stadium earlier.

The gates of the stadium will open 30 minutes earlier than usual. The gates will now open two hours and 30 minutes prior to kickoff.

The Tiger Band will march down North Stadium Drive 30 minutes earlier than usual for the 2004 season. We have found that many people do not go to their seats until they have heard the band play on North Stadium Drive, so the band, for this season only, will now arrive approximately one hour and 45 minutes before kickoff.

Please log on to our website at http://www.LSUsports.net/westside and become familiar with these changes before coming to Tiger Stadium on September 4. By working together, we can make this temporary inconvenience a safe and efficient transition to an even greater future for Tiger Football. Thank you for your continued support of Tiger Athletics.