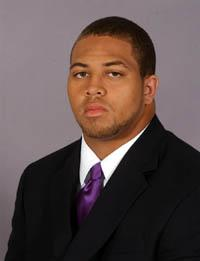 BATON ROUGE — LSU coach Nick Saban put the Tigers through their first day of practice here Monday as a portion of the team worked out under the sweltering afternoon heat, while the other half of the squad practiced in the evening through a steady drizzle.

The Tigers will again have a split squad practices on Tuesday and Wednesday followed by the first full squad workout on Thursday afternoon.

Before the Tigers hit the practice field on Monday the team gathered for the final portion of the strength and conditioning test with the running of 16 110’s.

“I was a little more encouraged by how we ran the 110 test this morning, still not pleased with it but very encouraged by it,” Saban said.

Saban said junior offensive tackle Nate Livings accumulated the most overall points on the strength and conditioning test, which also included a sprint test and strength test conducted on Sunday.

“Probably for the first time in the history of my coaching career a guy like Nate Livings got the most points on the overall conditioning test, between the sprint test, endurance test and strength test,” Saban said. “I don’t know if I can ever remember a lineman winning because it is so much to the advantage of a skill guy, who has efficiency in running that can do these things better. That really says a lot about the commitment Nate’s made and the shape he came in and what he’s done.”

Saban said that 25 players accumulated over 75 points on the test, while 30 players didn’t pass the test.

“To have about 25 guys accumulate over 75 points on the test, that is extremely effective, efficient, and very well done,” Saban said. “It’s the 30 guys that didn’t pass the test that is the biggest concern. We just can’t depend on those guys until they get themselves in shape. They’re kind of penalizing themselves some.”

“It was good to get out there with half of the squad, mostly the older half of the squad,” Saban said following the first practice of the day. “The way we split the squad is not about the depth chart, it’s about seniority.

“Practice went well today, we got lots of reps and a lot of turns. It was pretty hot out there this afternoon, but I was pleased with the way the players worked through it. We got good carry over with what we did today from the spring.”