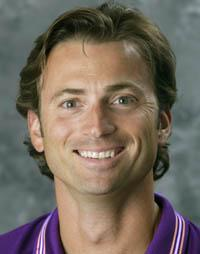 “I’m excited about the depth of experience and energy that I have been able to bring into the program with these hirings,” said Schmitt. “Morgan, Anne and Eddie bring to the table a variety of backgrounds and experiences which I believe help propel LSU swimming and diving to the next level.”

Bailey, who most recently served as the head senior coach at the Mecklenburg Aquatics Club in Charlotte, N.C., will also serve as the Tigers’ recruiting coordinator. He comes to LSU with seven years of experience as an assistant in the collegiate ranks.

Blachford comes to Baton Rouge after seven years at Florida State where she was a four-year letterwinner and five-time All-American for the Seminoles, before serving the past three seasons as an assistant coach in charge of strokes.

In 2004, she was a member of a staff that helped guide the Florida State women’s team to a top-20 national finish and both the men’s and women’s squads to top-three finishes at the ACC Championships.

Lovell joins the LSU staff after serving two seasons as a graduate assistant at Virginia Tech. There Lovell served as team coach with emphasis on the sprints. In addition, he helped with recruiting, preparation of meet lineups and all other phases of the Hokies’ program.

During his time at Virginia Tech the men’s team broke all but three of the school’s swimming records, while the women established new marks in over half of the team’s races.

An accomplished as an athlete as well, Lovell earned All-America honors three times while swimming for the University of Hawaii.