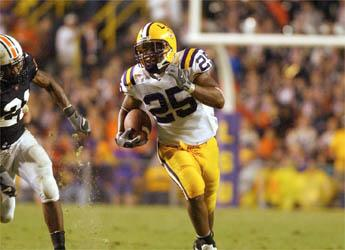 BATON ROUGE — LSU will enter the 2004 season with its highest preseason ranking in 45 years as the Tigers came in at No. 3 in the ESPN/USA Today Coaches Poll, which was released on Friday.

“You get ranked in preseason polls based on what you did the previous season,” LSU coach Nick Saban said regarding his team’s No. 3 ranking. “We’re back at ground zero on the mountain and we haven’t won a game. It’s up to all of us to determine how the season goes and what type of ranking we’re deserving of at the end of the year.”

Florida State starts the bottom half of the top 10 followed by Michigan, Texas, Ohio State and Florida. Other SEC teams in the poll include Tennessee at No. 14 and Auburn at No. 18.

The Tigers, who report for fall camp on Sunday, Aug. 8, open their season at 5 p.m. in Tiger Stadium on Sept. 4 against Oregon State.