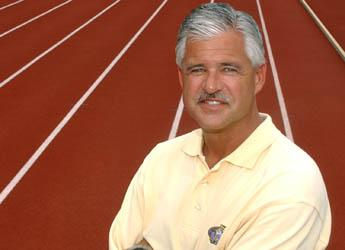 BATON ROUGE — Dennis Shaver, who spent the last nine years as an assistant coach at LSU, has been promoted to head coach for LSU’s track and field program, director of athletics Skip Bertman announced on Thursday.

Widely regarded one of the premier sprint coaches in all of track and field, Shaver has already enjoyed nine successful years with the Tiger program, a span that has seen him direct 18 individual NCAA champions and seven national champion relay teams, while guiding his athletes to 144 All-America awards.

In 2004, Shaver’s sprint sensation Muna Lee became just the fourth athlete in NCAA history, and the first Lady Tiger, to win back-to-back titles in the 60-meter dash. Under Shaver’s watch, Lee then anchored the Lady Tigers to their third straight NCAA title in the 4×100 relay, while the foursome of Neisha Bernard-Thomas, Hazelann Regis, Monique Hall and Nadia Davy captured the national title in the 4×400 relay.

In 2003, Shaver coached Lee to a sweep of the 60 and 200-meter dash titles at the NCAA Indoor Championships, en route to shattering the 21-year old collegiate record in the 200 meters. In addition, hurdler Lolo Jones was crowned the NCAA champion in the 60-meter hurdles. At the NCAA Outdoors, Shaver guided the Lady Tigers to their second 4×100 NCAA title in three years, while also leading Lee to runner-up honors in both the 100 and 200-meter dashes.

In 2002, Shaver guided Lee to the first individual NCAA title of her career as she captured the indoor 200-meter crown, breaking the NCAA meet record previously held by former Lady Tiger Peta-Gaye Dowdie. In all, the Lady Tiger sprinters accounted for 12 All-America accolades and seven SEC titles over the course of the season.

In 2001, Shaver developed a young and inexperienced sprinting corps into one of the hottest up-and-coming groups in the nation. Lee exploded onto the scene and became only the second freshman to ever sweep the sprint titles at the SEC Outdoor Championships and only the second freshman to ever win the 100-meter dash at the prestigious Penn Relays. Lee went on to post a trio of top-five finishes in individual competition at the NCAA Championships and anchored the Lady Tigers to their third NCAA 4×100-meter relay title in six years under Shaver.

A year earlier in 2000, he guided Dowdie to the NCAA title in the 200 meters, in addition to runner-up honors in both the 60 and 100-meter sprints. Dowdie finished her career as a 19-time All-American in four years under Shaver, the second highest total of any woman in LSU history.

The same year, he also helped Joyce Bates to her second individual national title, as she won the 100-meter hurdles to become the third different Lady Tiger to win that NCAA title under Shaver’s guidance.

Shaver joined the LSU staff in August of 1995 after serving four seasons as an assistant coach at Auburn. There he designed training programs for the field and multi-event athletes.

Prior to his tenure at Auburn, Shaver served as head coach for men and women’s track and field programs at Barton County Community College in Great Bend, Kan.

A native of Salina, Kan., Shaver earned a Bachelor of Arts degree in physical education in 1979 from the University of Texas-Arlington. He later added a master’s degree in education with an emphasis on administration from Stephen F. Austin in 1981.

Dennis and his wife Connie have two children, Dale and Lindsay.

…Opening Statements
“Well certainly I’m excited, and I want to thank Skip (Bertman) and the administration here for having the confidence. I know that the challenges are going to be great for us, but I’m so pleased and I just want to say a couple things.

I’m excited about the support from the community, the officials association; but I think the thing that pleases me the most of anything is to know that ‘Boo’ Schexnayder and Mark Elliot indicated from the get go on this that if things were to work out, they told me what they wanted to do. That certainly has meant a lot to me to know, because it will make the transition much easier and much better for our athletes. I think that that is important.

Certainly I want to thank coach (Pat) Henry, because nine years ago I was just as excited as I am now about having the opportunity to come to LSU. Even the days when I was coaching in junior college, several of my athletes that I taught came to LSU, and I thought ‘what an awesome place’. To have the opportunity to be here today is certainly a tremendous honor for me, and I know that we are going to do every thing we can to keep the kind of class program going at LSU and those before him (Henry) established here. We wouldn’t be able to do that alone.

The challenges are huge for us to be able to look as though there is not this big drop off in what’s happening here. We’ve lost some great seniors, but you know we are excited about that because those of you that remember, there were those years when the Lolo Jones’ came in and the Stephanie Durst’s and Muna Lee’s and we weren’t suppose to have anybody then either. So it is just another kind of normal thing. If you don’t lose greatness every year it just simply means that you just haven’t got a great team and we are excited about that challenge.”

…about finding a sprint/hurdle coach
“We want to find the very best sprint hurdle coach in the country to come here. How the arrangement will be will depend on who that person is. My plan is to oversee the sprint programs of the women and the hurdle programs of the men as well as the sprint programs for the men. I’m going to be heavily involved and so the arrangement of my staff will be adjusted just a little bit. The thing about it is, is that coach (Pat) Henry had so much confidence in each of us that it was already a combination going on. It is something I certainly think will continue with the new staff; we are going to be looking for a throws coach to come in and help us in that area too.”