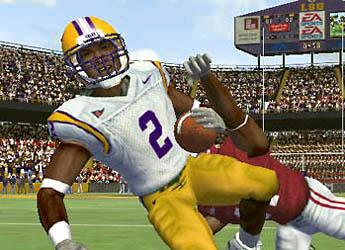 BATON ROUGE — LSU’s Tiger Stadium added another accolade to its list as the venue has been named the fourth-toughest place to play by EA Sports.

NCAA Football 2005, produced by EA Sports, hit the store shelves last week and for the first time, the football video game features the game day atmosphere around the field and in the stadium.

In addition to its ranking by EA Sports, Tiger Stadium has been called “the most feared road playing site in America” by Sport Magazine in 1998 and in 1996, ESPN named LSU’s pre-game party the best in all of America.

Since taking over at LSU in 2000, Nick Saban has guided the Tigers to a 23-5 mark in Tiger Stadium, which includes an 11-4 record against Southeastern Conference opponents.