Former Tiger Brew Qualifies for U.S. Team in the 400 Meters 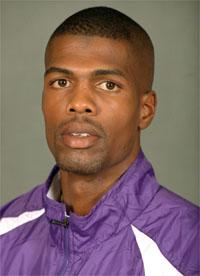 SACRAMENTO, Calif. — Former Tiger great Derrick Brew became the third athlete with Tigers ties to earn a spot on the U.S. Olympic team Thursday, finishing third in the 400 meters at the track and field Olympic Trials at the Alex G. Spanos Sports Complex.

Despite turning in his third straight sub-45 second performance of the week, Tiger sophomore Kelly Willie missed out on an Olympic bid, placing seventh overall with a time of 44.97.

In qualifying round action, former Tiger Walter Davis advanced to the finals of the men’s triple jump. Davis, a six-time NCAA champion and nine-time All-American while competing for LSU, turned in the top distance in his flight and the second-best mark overall, jumping 56-11 1/2.

Fellow former Tiger LeVar Anderson was just one spot short of advancing to the finals in the event. He placed 13th overall with a leap of 53-2 3/4.

John Moffitt, who made the Olympic team in the long jump on Sunday and was originally scheduled to participate in the triple jump, was scratched from the event.

Davis and the remaining 11 competitors will continue their quest for an Olympic berth Saturday in the finals.

Competition for the Olympic Trials will continue tomorrow as action is scheduled to resume at 4 p.m. (CT).