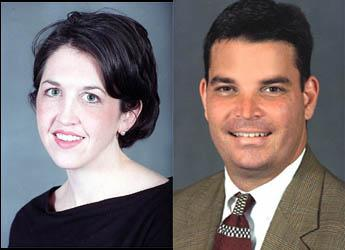 BATON ROUGE — LSU athletics director Skip Bertman has announced a re-organization of the administration of sports within the LSU Athletics Department and the promotion of four staff members.

“The success of so many of our sports teams demands that we make every effort to give them the individual attention they deserve,” Bertman said. “These changes will provide more and better service to our coaches and student-athletes by the administration. It will also afford key administrators the opportunity to become more involved in the oversight of the day-to-day operations of our sports teams and will provide more individual attention to our student-athletes.”

The head coaches of each of LSU’s Olympic sports teams have reported to associate athletics director Judy Southard for the past three years. Many of those responsibilities will now be distributed among several department senior staff members.

Associate athletics director Verge Ausberry, in addition to his current role as director of corporate marketing and operations, will oversee men’s and women’s swimming and diving, as well as LSU’s spirit squads. He will also continue to supervise event management, strength and conditioning, medical training and coaches video operations.

Associate AD Herb Vincent, who serves as the primary public relations director for the LSU Athletics Department and the Tiger Athletic Foundation, will oversee the sports of gymnastics and men’s and women’s tennis. He will also assume oversight of the sports information, radio and television departments.

Southard will continue to supervise the sports of women’s basketball, men’s and women’s golf, soccer, softball and volleyball while maintaining her role as LSU’s Senior Woman Administrator. Southard was recently named to two prominent committees, the SEC Executive Committee and the NCAA Women’s Basketball Committee, both of which carry considerable time commitments.

In addition, compliance coordinator Jaunelle Hamilton has been assigned additional responsibilities and will now serve as coordinator for compliance, championships and special events, while promotions coordinator Guy Gaster has been named assistant director of marketing and promotions.