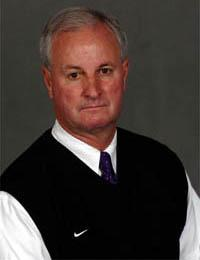 “There comes a time in everyone’s life when they look for new challenges, and Pat Henry is moving on to a new challenge,” LSU Director of Athletics Skip Bertman said on Tuesday. “All of LSU is grateful to Pat for the many accomplishments that have been achieved under his direction. He has brought great notoriety to LSU in the world of track and field and he has touched many lives here since 1988 when LSU gave him his first Division I head coaching job. Pat Henry has been good for LSU and LSU has been good for Pat Henry. We wish him great continued success.”

One of the most successful coaches in NCAA history, Henry served the last 17 seasons as head coach at LSU, directing the Tigers to 27 NCAA team championship and 16 Southeastern Conference team titles. In March, Henry’s Tigers became the first school in NCAA history to sweep the men’s and womenss titles at the NCAA Indoor Championships. LSU swept NCAA outdoor championships in 1989 and 1990.

“I’m excited about the opportunity to lead the Texas A&M track program,” Henry said. “A&M has an excellent tradition in track and field and I look forward to the challenge of winning national championships here. I appreciate the many outstanding track athletes at LSU, my coaches and the administration, but the timing is right for a new challenge.”

In Henry’s first season at LSU, he guided the Lady Tigers to the 1988 NCAA Outdoor Championship, then followed that up with two history-making seasons.

In 1993, the LSU women won the NCAA Outdoor Championships and the men finished second at the national meet. The Lady Tigers dominance continued from 1994-96 as they swept the NCAA indoor and outdoor championships all three years.

In 1997, Henry led a young women’s squad to a pair of national crowns against heavily favored teams. The Lady Tigers scored 43 points on the final day to edge Texas by a single point, 63-62, for their 11th consecutive NCAA Outdoor Championship, a streak that remains the longest dynasty in the history of women’s athletics.

In 2000, Henry became only the second coach in NCAA history to capture 20 NCAA titles, guiding his Lady Tigers to their 12th outdoor championship in 14 years while Henry’s men’s team finished fifth.

In 2001, Henry led his men’s team to its first NCAA indoor crown. LSU followed by capturing the women’s NCAA indoor title and the men’s outdoor championship in 2002.

Prior to his time at LSU, Henry molded a powerhouse men’s program in four seasons at Blinn College in Brenham, Texas, where his teams swept the 1987 NJCAA Indoor and Outdoor Championships. Henry earned both Indoor and Outdoor National Junior College Coach of the Year honors in 1986 and 1987. Prior to that, Henry served as head coach at Hobbs (N.M.) High School, where he led his teams to five state championships.

He is married to the former Gail Duggin of Albuquerque. They have a daughter Shelly, 28, and a son Brandon, 27, who are both graduates of LSU.