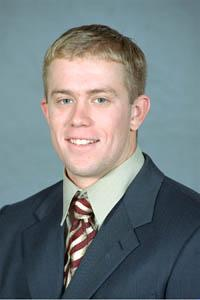 Hill, the 2003 Southeastern Conference Player of the Year, belted a two-out, two-run double in his first at-bat in the bottom of the fifth, propelling Team USA over Team World, 4-3.

The Visalia, Calif. native was not even supposed to be participating in the game but an injury to fellow Toronto prospect Russ Adams gave way for Hill, who was named as a replacement this past week.

“I’m glad I came,” Hill said when being presented the award on national television. “I could get used to playing in stadiums like this.”

Hill joins a select company in those who have received the honor. Current Texas Rangers’ phenom Alfonso Soriano captured the award in 1999 as a member of the New York Yankees’ farm system. Sean Burroughs, starting third baseman for the San Diego Padres, won it in 2000.

Hill, the 13th overall selection in the 2003 draft, is currently hitting .263 with five home runs and 43 RBI in his first 86 games at the Toronto Blue Jays’ Double-AA affiliate New Hampshire.

He left LSU after leading the Tigers to a College World Series appearance in 2003. The 22-year-old led the Tigers in six offensive categories as a junior, including batting a team high .358 en route to earning first-team All-America honors by Baseball America.

In January, Hill made a cash donation to the LSU program in what head coach Smoke Laval called “the nicest thing a former player has ever done.” The contribution was used to upgrade the squad and locker rooms.