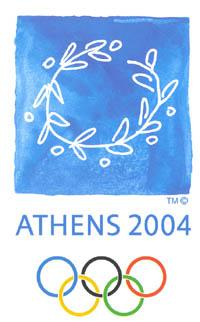 SACRAMENTO, Calif. — With hopes of earning a ticket to Athens, Greece and the 2004 Summer Games, 19 current and former LSU track and field athletes will travel to Sacramento, Calif., July 9-18 to participate in the U.S. Olympic Trials.

Held at Sacramento State’s Alex G. Spanos Sports Complex, the meet will solidify the U.S. track and field roster as the top three finishers in each event will earn automatic bids to Athens.

Three current athletes, in Tigers Bennie Brazell and Kelly Willie and Lady Tiger Britney Henry, will all be eyeing an Olympic berth.

Brazell, a Houston native who will be entering his senior season in the fall, should be a contender in the men’s 400-meter hurdles. A three-time All-American and two-time NCAA runner-up in the event, Brazell has posted the ninth best time in the country to date (48.86).

Willie, a fellow Houston native, will be seeking a berth in the 400 meters. He enters the meet with the nation’s fourth-fastest qualifying time (44.81). The 2004 NCAA runner-up in the event, Willie has also been a key member of the Tigers’ 4×400 relay, anchoring both LSU’s indoor and outdoor national champion relay squads in 2003.

Henry will take her shot in the women’s hammer. A sophomore from Spokane, Wash., Henry twice shattered the school record in the event in 2004, winning the NCAA Mideast Regional Championships with a toss of 205-11, before bettering that mark at the Georgia Throws Classic with a throw of 207-6.

LSU will also take to the Trials seven athletes that just completed their collegiate eligibility this past June.

The 19-time All-American will be participate in the 100-meter dash where she currently owns the eighth-best mark in the country (11.12).

Also competing for a spot in the sprints will be Stephanie Durst and Monique Hall.

Durst earned All-American honors 12 times during her career at LSU and posted a top 200-meter time of 22.78 this past season.

Hall was a member of the Lady Tiger’s national champion 4×400 relay team in June and recorded a PR of 51.93 in the 400 meters this past season.

Hurdler Lolo Jones and triple jumper Nicole Toney will also be vying for a spot in Athens. Jones was a three-time All-American in the 100-meter hurdles that most recently placed fourth at the 2004 NCAA Championships, clocking a personal record of 12.77.

Toney was this year’s NCAA runner-up in the triple jump after recording a leap of 45-3 1/2. Her mark ranks as the 10th-best entering the Trials.

On the men’s side, 2004 NCAA Indoor and Outdoor long jump champion John Moffitt will contest for a spot in both the long and triple jumps. Moffitt’s wind-legal long jump mark of 27-2 1/2 from the NCAA meet ranks third in the U.S. this season, while his leap of 55-1 in the triple jump is currently tied for eighth.

Daniel Trosclair will compete in the pole vault. The All-American cleared a season-best height of 17-4 1/2 three times this outdoor season.

In addition, nine former LSU athletes will also be participating in the Olympic Trials.

2000 Olympian Walter Davis will be looking to make his second straight Summer Games appearance. In Sydney, Davis made the finals of the triple jump, finishing 11th overall.

Fellow jumpers Levar Anderson and Marcus Thomas will also be in Sacramento. Anderson will attempt to qualify in the triple jump, while Thomas will do the same in the long jump.

Also in the field will be pole vaulter Russ Buller. A two-time NCAA champion while at LSU, Buller has the 10th-best clearance in country this season at 18-10 1/4.

On the track, World Championship gold medalist Derrick Brew will look to secure a spot in the 400 meters, as well as on the men’s 4×400 relay team. Brew, who ran to relay gold at both the 2001 and 2003 World Championships, enters the meet with a top open quarter time of 45.09 this year.

For the women, former Lady Tiger greats Joyce Bates and Monique Freeman will also be taking to the track. Bates owns a season-best time of 13.12 in the 100-meter hurdles and Bates has posted a top distance of 20-9 in the long jump.