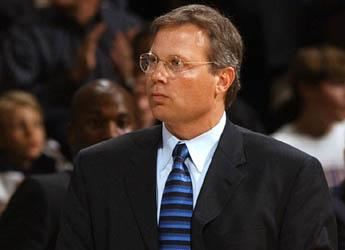 Giorlando’s hiring was to be announced at a 2 p.m. press conference on the Loyola campus. The three-year member of the LSU men’s basketball staff resigned from the LSU staff on Monday afternoon.

“I would like to express my sincere gratitude and appreciation that Coach (John) Brady allowed me and my family to be involved in the LSU program,” Giorlando said. “Being associated with Coach Brady and working at LSU helped me to get this position.”

“I am extremely happy for Mike and his family,” said LSU men’s basketball Head Coach John Brady. “Loyola has hired without a doubt, without question, the right person. Mike is a great coach and a loyal friend and he has done an outstanding job at LSU and I am confident that he will do an outstanding job at Loyola. He was raised in New Orleans, he is a New Orleans guy who understands the city, and he will do a fine job as Athletic Director and Coach at Loyola.”

In his new position, Giorlando will overall all aspects of Loyola’s Intercollegiate Athletic Program including its direction, development, scheduling, facilities and financial management, public relations and fund-raising in addition to his coaching responsibilities. Loyola competes in the NAIA Division I and the Gulf Coast Athletic Conference. He takes the helm of an athletic department that has the added benefit of offering athletic scholarships for the first time since 1972. The university will offer three male and three female basketball scholarships this fall.

“I am extremely grateful to the search committee and Dr. Jim Eiseman to be named head men’s basketball coach and athletic director. Loyola University’s unique blend of Catholic/Jesuit tradition and academic excellence presents an unparalleled opportunity that would allow me to contribute to the spiritual, academic and athletic development of our students. I am looking forward to working with the administration and faculty as we strive to pursue excellence in the classroom and on the court. We will continue to recruit those student athletes that will help us maintain these goals,” said Giorlando.