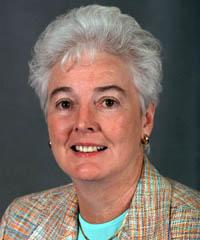 BATON ROUGE — Judy Southard, an associate athletics director and senior woman administrator at LSU, has been appointed to the NCAA Division I Women’s Basketball Committee, it was announced by the NCAA on Tuesday.

“It is a tremendous honor and a privilege to be selected,” Southard said. “Arguably, the SEC is the premier women’s basketball league in the country, and I think it is important that we once again have a presence on this committee.

Southard, who enters her fourth year at LSU, will begin her five year appointment on Sept. 1, 2004. The committee oversees the conduct of the NCAA Division I Women’s Basketball Championship, which includes site selections and the evaluation and selection of the 64 team field for the tournament.

“I feel that I have a lot to offer the committee,” Southard added. “I know there will be the gratifying moments as well as the difficult moments.”