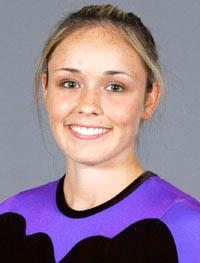 BATON ROUGE — LSU golfer Devon Day and gymnast Annie Gagnon were each named to the CoSIDA Academic All-District VI Women’s At-Large Team it was announced Thursday. Day earned first-team honors for the third straight year, while Gagnon was selected to the second-team.

Day, a senior from Greer, S.C., carries a perfect 4.00 GPA in mass communications. A two-time Academic All-American, Day was honored with the Wally Pontiff Award for a second straight year as LSU’s most outstanding student-athlete.

On the links, Day played 17 rounds in six tournaments for the Lady Tigers, averaging 79.70 strokes a round. Day recorded one top-ten finish and posted a low round of 74.

Gagnon, a junior from Montreal, Quebec, maintains a 3.46 GPA in management. A three-event competitor for the Tigers, Gagnon earned All-America honors on the vault while helping the Tigers to a seventh-place finish at the NCAA Championships.

A two-time member of the SEC Honor Roll, Gagnon finished the 2004 season ranked No. 4 in the nation on the uneven bars after win eight regular season titles on the event and scoring a 9.900 or better on 10 of her last 12 routines of the season.