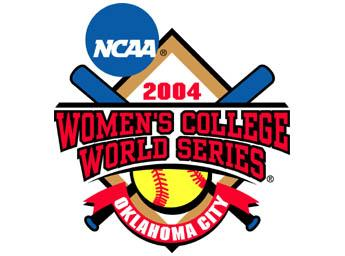 OKLAHOMA CITY, Okla. — After sweeping through the NCAA Regionals at Waco, Texas, the third-seeded LSU softball team begins play in the Women’s College World Series against sixth-seeded Michigan on Thursday at 11 a.m. in Game 1 of the five-day tournament.

Making their second WCWS appearance, the Tigers (54-10) defeated Illinois, 4-1, in the Region 3 championship game to advance. Michigan (54-11) is making its seventh appearance at the WCWS after going 4-1 in Region 6 and beating Oregon State, 5-2, in the championship game.

This will be the second World Series appearance for seniors Julie Wiese and Sara Fitzgerald, who were members of the 2001 Tiger team that finished third at the tournament. Sophomore Lauren Castle was a member of Louisiana-Lafayette’s team last season that advanced to the WCWS.

“I am very happy for our players,” said LSU head coach Yvette Girouard. “I think that this team deserved to be back in the Women’s College World Series. This is the best team chemistry that I have ever had and I am just glad that these players get to have this experience. You can never take being in the WCWS for granted. You never know when you are going to get to come back so you just smile and really enjoy the moment.

“It’s amazing how far this tournament has come. I can remember the first time that I went to the WCWS. It was in Santa Clara at a public field while a men’s slow pitch tournament was going on around us. Even a few years ago, the championship game was shown tape delayed on television. Now every game is live on ESPN.”

If the Tigers defeat Michigan in game one, LSU will advance to take on the winner of the game between second-seeded UCLA and seventh-seeded Stanford on Friday at 2 p.m. A loss would put the Tigers in the losers bracket to take on the loser of the UCLA-Stanford game on Saturday at 11 a.m.

In three previous meetings with Michigan, the Tigers are winless, having lost to the Wolverines most recently 2-1 in eight innings in 2001 in the NFCA Leadoff Classic. Against common opponents this season, including Oklahoma, Florida State, South Carolina, Illinois and Florida Atlantic, LSU has posted a 7-3 record, while Michigan went 4-4.

“I know that Michigan is going to be a very well-coached team,” said Girouard. “I have a lot of respect for Hutch (Michigan head coach Carol Hutchins). They have been here before many times, so they will not be in awe of the setting. They will be disciplined, but I think they are beatable.”

As a team, the Tigers are hitting at a .318 clip this season and have seven players hitting over .300 on the year. LSU has recorded a school single-season record 59 home runs, while five players have recorded seven or more home runs. In the circle. LSU is allowing 1.40 earned runs a game and has struck out 429 batters as a team.

Conversely, Michigan is batting .286 as a team and has four players hitting over .300. The Wolverines have hit 43 home runs, with just two players with over seven home runs. As a team, Michigan is allowing less than a run a game, with a 0.94 earned run average, and has struck out 504 this year.

A first-team All-South Region selection, Castle leads the Tigers with a .377 batting average this season. NCAA Region 3 All-Tournament team selection Leslie Klein is just behind with a .362 average and team best 57 runs batted in. Klein and Stephanie Hill, a .342 hitter, lead the team with 13 home runs each, a new LSU single-season record. LaDonia Hughes has recorded a team-best 28 stolen bases, while hitting at a .347 clip.

NCAA Region 3 Most Outstanding Player Kristin Schmidt leads LSU in the circle with a 35-5 record and a 1.21 earned run average. The senior from Houston has struck out 318 batters this season, while throwing 14 complete-game shutouts. In regional play, she threw all 31 innings, allowing just two earned runs while striking out 39.

Michigan is led by Tiffany Haas at the plate with a .350 average and 18 stolen bases. Jessica Merchant leads the Wolverines with 15 home runs, while Meghan Doe has a team-best 21 stolen bases. In the circle, Nicle Motycka is 22-4 in 33 appearances with a 0.77 ERA and 160 strikeouts. Jennie Ritter is also 24-7 in 39 appearances for Michigan with 265 strikeouts.

In 2001 in LSU’s first appearance in the WCWS, the Tigers went 2-2 in the tournament. LSU lost its first game to Stanford, 2-1 in eight inning. The Tigers rebounded to defeat Iowa 2-1 and Oklahoma 2-1 in 13 innings. UCLA then knocked LSU out of the tournament with a 6-0 defeat.

The Women’s College World Series continues for five days and concludes with the championship game on Monday at 7 p.m. on ESPN. Every game will be televised live on either ESPN or ESPN2, with the possible exception of Game 14, which is an if necessary game on Sunday night.