Student-Athletes Once Again Strong in Classroom 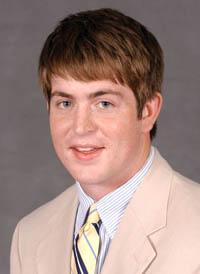 BATON ROUGE — Student-athletes at LSU put together another impressive semester in the classroom as 54 percent of the student-athletes posted a 3.0 grade point average or better for the spring semester.

Of the 410 student-athletes monitored by the Cox Communications Academic Center for Student-Athletes during the spring, 218 had at least a 3.0 gpa with 30 of those posting a perfect grade point average of 4.0. In all, LSU had 98 of its student-athletes named to the Dean’s list for their respective college.

“The positive things that are taking place in the classroom with our student-athletes will have a tremendous impact on graduation rates down the line,” Dr. Roger Grooters, Executive Director of the Cox Communications Academic Center for Student-Athletes, said. “This type of success in the classroom is a tribute to the student-athletes, the LSU faculty and staff and the University administration. We are committed to academics and the results over the last two semesters are proof that our student-athletes have made getting an education a priority.

“I truly believe that we are building a culture here that puts a priority on performing well and having success in the classroom.”

LSU’s nationally-ranked men’s tennis team led the way in cumulative grade point average as the squad combined to post a 3.5 average. All 10 of LSU’s men’s tennis players had at least a 3.0 average.

“Obviously I’m very proud of what we were able to accomplish in the classroom this season,” LSU men’s tennis coach Jeff Brown said. “For this team to combine for a 3.5 grade point average shows they have done a good job of balancing athletics and academics and that they are certainly preparing for the future.”

The women’s golf team, which placed second in the Southeastern Conference tournament, led all women’s teams on campus with a 3.34 average.

The men’s basketball team, coming off its fourth post-season appearance under John Brady, posted a 2.93 grade point average. Among scholarship men’s basketball players only, the Tigers had a 3.06 average in the classroom with six of the team members having a 3.0 average or better.

During the spring, the Tiger football team had four players record a 4.0 or better, which included NFL Draft picks Matt Mauck and Donnie Jones along with Rodney Reed and Rudy Niswanger. LSU wrapped up the spring semester with 50 players tallying at least a 3.0 grade point average with another 16 topping the 3.5 mark.