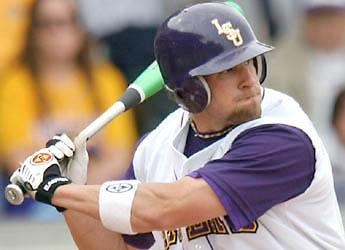 Zeringue, Head and Hoyman lead a list of players named to the first and second-team All-SEC squads for this season. Zeringue batted .404 on the season and appeared in virtually all SEC offensive leader categories. Head batted .357 while boasting a 2.43 ERA as a two-way star for the Rebels. Florida’s Hoyman tied for the SEC lead in wins with 10 and led in innings pitched with 117.1.

Van Horn and Perno led their teams to 19-11 records in conference play, outright divisional titles and will share the SEC Championship regular season title. Arkansas last won the title in 1999, while Georgia won it in 2001.

As a freshman, LeBlanc was masterful from the mound, collecting at 2.08 ERA while being second in the league in both innings pitched and batters struck out, while leading the SEC in batters struck out looking.