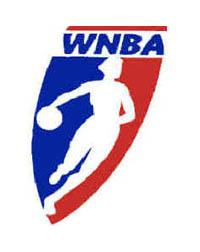 Ferdinand, a 2002 and 2003 All-Star scored a game-high 26 points for the San Antonio Silver Stars in a season-opening victory on Thursday night and is joined on WNBA rosters by first-year league players Hodges (Los Angles Sparks) and White (New York Liberty), second-year player Aiysha Smith (Washington Mystics) and veteran Elaine Powell, who along with the Detroit Shock, begin the defense of the league title.

Hodges, a senior on this past season’s Lady Tigers team, was a second-round draft pick of the Sparks and will open the season on Saturday against the Seattle Storm.

White, who finished her LSU playing career in 2002-03, was signed by the Liberty to a free agent contract in the winter and made one of the team’s 12 roster spots. The Liberty open the tonight at Indiana, the team that drafted White in 2003, but later released her.

Smith also finished her career at LSU in 2002-03, but begins her second season in the league with the Mystics after being selected with the seventh pick overall in the 2003 draft. Washington opens the season on Saturday.

Powell, a former Lady Tiger from the late 90′ and seven-year WNBA veteran, was a big part of Detroit’s run for the WNBA title last season. The Shock begin their defense of the crown on Saturday against Ferdinand and San Antonio.