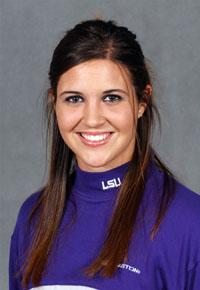 WACO, Texas — The top-seeded LSU softball team begins their quest for the Women’s College World Series and a national championship on Thursday against No 8-seed Texas A&M-Corpus Christi at 5:30 p.m. at Getterman Stadium.

The game will be broadcast on the LSU Sports Network in Baton Rouge on Country Legends 107.3 FM. The broadcast will also be carried on the internet at www.LSUsports.net. In addition, live play-by-play statistics will be available through the website.

After returning home from the conference tournament late Sunday night, the Tigers had one day in Baton Rouge before leaving early Tuesday morning for Waco. The team has now spent seven of the last eight days together with the hopes of continuing through the Memorial Day and the national championship game.

“I think it’s a great sign of this team’s chemistry that we have been able to spend this much time together and really remain focused on softball,” said LSU head coach Yvette Girouard. “It is also a testament to my staff and how hard they have worked to prepare this team for the tournament, having just one day in Baton Rouge before getting back on a bus.”

LSU is led in the circle by SEC Tournament Most Valuable Player Kristin Schmidt. The senior All-American from Houston is 31-5 on the season with a 1.31 earned run average. In addition, she has struck out 279 batters while recording 12 complete-game shutouts.

In the SEC Tournament championship game, freshman Emily Turner started and earned the win for the Tigers and improved to 18-5 on the season. The Chula Vista, Calif., native has a 1.67 earned run average with 107 strikeouts and nine complete-game shutouts this season.

At the plate, sophomore second-team All-SEC selection Lauren Castle leads the Tigers with a .376 batting average. The transfer from UL-Lafayette has hit seven doubles, a triple and four home runs while driving in 36 this season.

Senior LaDonia Hughes is close behind Castle with a .362 average. With a team-best 28 stolen bases, the Farmville, Va., native utilizes her speed on the basepaths. Sophomore Stephanie Hill and freshman Leslie Klein are tied for the team lead and the school record with 13 home runs this season, while Klein leads the team with 17 doubles.

For Texas A&M-Corpus Christi, pitcher Sarah Pauly is the leader of the team. Boasting a 0.64 earned run average and a gaudy 429 strikeouts, the senior from Phoenix, Ariz., has posted a 27-8 record on the year, including wins over nationally ranked UL-Lafayette.

“Sarah Pauly is the real deal and her numbers speak for themselves,” said Girouard. “We have faced some tough pitchers this season and we know that we will have to be disciplined at the plate and stick with our game plan.”

Erica Armenta leads the team and is the only Islander batting over .300 on the season, hitting at a .319 clip, while stealing a team-best 22 bases. Megan Hansen leads the team with eight home runs, while Katie Evans is the team leader with 12 doubles.

In LSU’s only previous meeting with the Islanders, the Tigers swept a doubleheader in Baton Rouge to close out the 2002 regular season. LSU defeated Texas A&M-Corpus Christi 11-0 in five innings in the first game as former All-American pitcher Britni Sneed no-hit the Islanders in her final outing in Tiger Park. The Tigers then defeated TAMCC 7-2 in the night cap as the Islanders scored their only runs in the top of the seventh inning.

LSU is looking to advance to the Women’s College World Series for the second time in the program’s history. In 2001, the Tigers went undefeated through the regional tournament in Baton Rouge on their way to Oklahoma City. In six previous NCAA Tournament appearances, LSU has never lost its first tournament game, going 6-0 including a pair of run-rule wins and one extra-inning win.