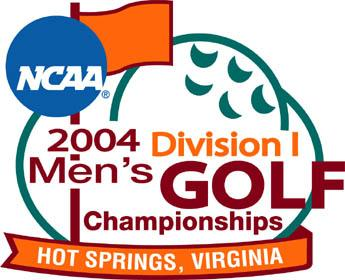 NEW HAVEN, Conn. — The 27th-ranked LSU men’s golf team will make its first appearance in NCAA-regional play since 2002 as the Tigers will participate in the 2004 NCAA Division 1 East Regional this weekend at the Course at Yale.

The regional begins on Thursday as the 33-team field will play round one, will round two following on Friday, and the third and final round to be played on Sunday. The Tigers will tee off beginning at 12:18 p.m. EST, and are paired with Georgia State and North Carolina.

The top 10 teams in the regional will advance to the 2004 NCAA Division 1 Championships to take play June 1-4 in Hot Springs, Va. The top 10 teams from the Central and West regionals will also make the finals. The Central Regional will be held in West Lafayette, Ind., and the West in Sunriver, Ore. The top six individuals representing teams not in any of the regional fields, two from each regional, will also make the NCAA’s.

Jones will use a lineup of senior Garrett Prather, and juniors Andrew Lanahan, Jeff Riemann, and Heath West, along with true freshman Garrett Runion. Prather and West will each be making their second-career regional appearance while Lanahan, Riemann, and Runion will each make their debut.

The regional features a very strong field, which includes top-ranked Florida, defending NCAA champion and second-ranked Clemson, and No. 3 Georgia. Other SEC teams in the field include Alabama, Auburn, Tennessee, South Carolina, and Vanderbilt. Eleven teams in the field are currently ranked in the top 30 of the latest Golfweek/Sagarin rankings, while four teams are ranked in the top 10.

The East Regional will feature live scoring for the three-day event and can be accessed at golfstat.com.