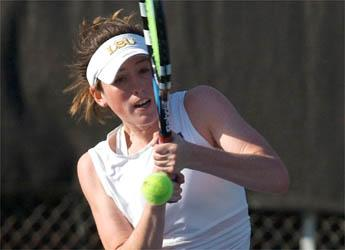 Ferguson, a senior from Houston, played No. 1 singles and No. 2 doubles for the SEC West Champion Lady Tigers. She will be the state’s lone representative in the NCAA Singles Championships later this month in Athens, Ga.

Lauren Seaman, a sophomore from Metairie, led LSU in wins this season with a 26-12 singles record. She also played No. 1 doubles with Rocio Fantilli.

Tulane’s David Shumacher and Jenny Kuhn were named Coach of the Year and Player of the Year.