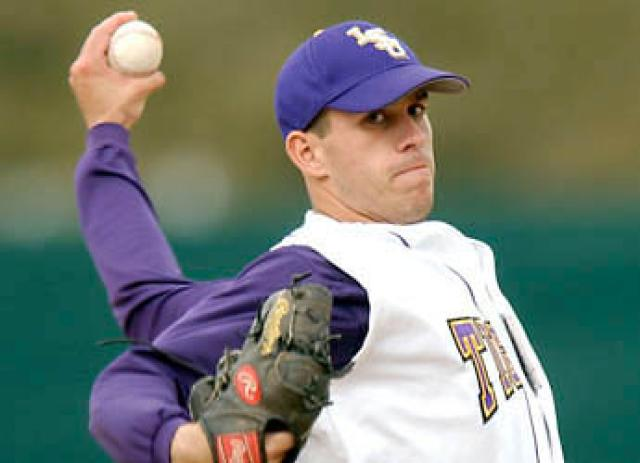 Friday’s game will be televised live by Cox Sports Television (Cable Ch. 37 in Baton Rouge). There is no television coverage of the games on Saturday and Sunday.

Vanderbilt is in fourth place in the SEC Eastern Division, four games behind first-place Florida. The Commodores have won seven of their last eight games, including five of their last six SEC contests.

LSU coach Smoke Laval will send junior left-hander Lane Mestepey (5-1, 4.04 ERA) to the mound Friday, while Vanderbilt coach Tim Corbin will counter with junior lefty Jeremy Sowers (7-4, 3.16 ERA), who is second in the SEC in strikeouts with 87.

Mestepey, a two-time all-SEC selection who missed the 2003 season due to shoulder surgery, will be making just his second start in an SEC game this season. His last conference start came at South Carolina on March 20, when he allowed four earned runs on four hits in three innings with three walks and no strikeouts.

LSU won its seventh SEC series in eight weekends as the Tigers captured two of three games at Kentucky May 7-9. LSU has won nine of its last 10 SEC series, dating back to last season.

The conference series win at Kentucky was LSU’s fifth this season after losing the opening game of the weekend. The Tigers pounded out a season-high 23 hits in Sunday’s 15-4 Game 3 win at UK, as LSU launched three homers and collected two doubles. The 23 hits marked the highest single-game total for LSU since May 4, 2002, when the Tigers collected 24 hits in a win at Tennessee.

LSU posted a team batting average of .412 (47-for-114) in the Kentucky series, scoring 29 runs while recording four doubles and four homers. LSU raised its SEC-leading cumulative batting average to .334 with the weekend offensive outburst.

Right-hander Nate Bumstead recorded his eighth victory on Sunday, working 6.1 innings with a season-high seven strikeouts to defeat Kentucky. Bumstead, who retired 14 straight UK batters at one point in his outing, allowed two runs on five hits with no walks.

Right-hander Jordan Faircloth delivered another solid outing on Saturday, earning a relief victory with three shutout innings against the Wildcats. Faircloth limited UK to two hits while recording no walks and one strikeout.

Vanderbilt has won four of its last six meetings with LSU, posting series victories over the Tigers last season in Nashville and in 2002 in Baton Rouge.

LSU leads the all-time series, 42-23, though the Tigers hold a slim 6-5 edge over the Commodores in games played this decade. LSU has a 24-13 advantage in games played in Alex Box Stadium.