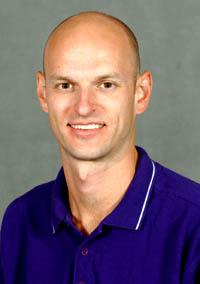 The awards, which are voted on by coaches throughout the region, are given to just eight people across the country in each category. Booras and Skupski are now in the running for the national awards, which will be announced later this month at the NCAA Championships banquet in Tulsa, Okla.

Winners are voted on by Division I head coaches in the Southeast region, which includes schools from Louisiana, Mississippi, Georgia, Florida, Kentucky, Alabama and Tennessee.

Booras, a West Virginia native in his sixth season at LSU, has helped lead the Tigers to a No. 1 regional seed in the upcoming NCAA Tournament this season. Booras and head coach Jeff Brown have guided the No. 13-Tigers to a 17-6 record and a third place finish in the SEC.

Skupski, a Liverpool, England native, has been the Tigers’ highest-ranked singles player throughout the season. He played No. 1 singles in every SEC match for LSU and also earned a spot on the First-team All-SEC.

Skupski is the second-highest ranking freshman in the nation in singles at No. 30. He is also one of only two freshmen selected to play in the upcoming NCAA Singles Championship tournament.

Booras, Skupski and the rest of the Tigers will be in action this weekend as they play host to the first two rounds of the NCAA Championships at W.T. Robinson Stadium on LSU’s campus.