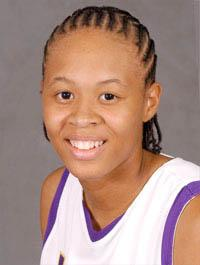 NEW ORLEANS — The Nokia Sugar Bowl’s Greater New Orleans Sports Selection Committee has chosen Louisiana State University’s Chad Lavalais and Seimone Augustus as its 2003 James J. Corbett Memorial Award winners and will honor the two at a banquet and ceremony on Wednesday, May 12 at 7 p.m. in the Louisiana Superdome.

Lavalais was the anchor of an LSU defense that led the nation in scoring and ranked second nationally in total defense. He was selected first-team All- America, Southeastern Conference and Sporting News Defensive Player of the Year and was a finalist for both the Outland and Nagurski awards given to college football’s top defensive players. He totaled 61 tackles, 16 for losses and had a team-leading seven sacks on the year and helped lead the Fighting Tigers to a 13-1 record and a national championship win at the 2004 Nokia Sugar Bowl.

Augustus began her college basketball career in grand fashion as she helped lead the Lady Tigers to the Elite Eight round of the 2003 NCAA Women’s Basketball Tournament and also earned MVP of the 2003 FIBA World Championship for Young Women by leading the United States to the Gold Medal by averaging 10.6 points, 3.8 rebounds and 2.4 steals per game. She was voted the 2003 Consensus National Freshman of the Year, Associated Press third team All-America and the Southeastern Conference Freshman of the Year. The Baton Rouge native tallied 504 points, scored in double-figures in 28 of 34 games, and shot a school-record free throw percentage of 88.8 percent.

The Corbett Award was created in 1967, named in honor of the late James J. Corbett and commemorates his many contributions to intercollegiate athletics and specifically to the Sugar Bowl. At the time of his death, Mr. Corbett was the Athletic Director at Louisiana State University. These awards are presented annually to the most outstanding male and female collegiate athletes in the State of Louisiana.

The Corbett recipients are selected each year by members of the N.O. Sports Hall of Fame Committee, based on nominations submitted by the state’s sports writers, sportscasters and sports information directors.