14th-seeded Tigers to be Host for NCAA Men's Tennis Regional 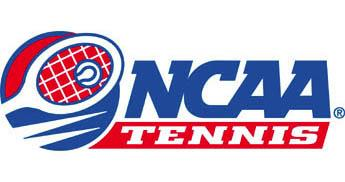 BATON ROUGE — The NCAA Regional Tennis Tournament is headed to Baton Rouge after the LSU men’s tennis team earned a No. 14 seed in the 64-team draw.

The Tigers take on Southern in the first round and with a win would advance to take on the winner of Rice and South Alabama.

“I’m excited for our seniors and for our whole team to host the first two rounds,” said LSU head coach Jeff Brown. “They have put in a lot of work to have this opportunity.”

The first round of the tournament, which features 64 teams, will be played Saturday, May 15 and the second round will take place the following day. LSU faces Southern, which it beat 6-1 earlier this year, at 9 a.m. on Saturday.

No. 14-ranked Rice and No. 47-ranked South Alabama play at noon that Saturday. The second-round match takes place at 1 p.m. Sunday.

All matches will take place at the W.T. Robinson Tennis Stadium on LSU’s campus.

Rice was ranked in the top 10 for much of the season. They feature the first-ranked doubles team in the nation of Richard and William Barker.

LSU’s Bryan Fisher and Jason Hazley recently moved up to No. 13 in the nation. Tiger Ken Skupski is the second-ranked freshman in the nation at No. 30 in singles.

“I’m happy for the tennis community here to get to see some great tennis,” Brown said.

The Tigers finished the season in third place in the Southeastern Conference. All 12 SEC teams made the NCAA Tournament.

“Having gone through that schedule, it doesn’t really surprise me,” Brown said. “Every team was really strong.”